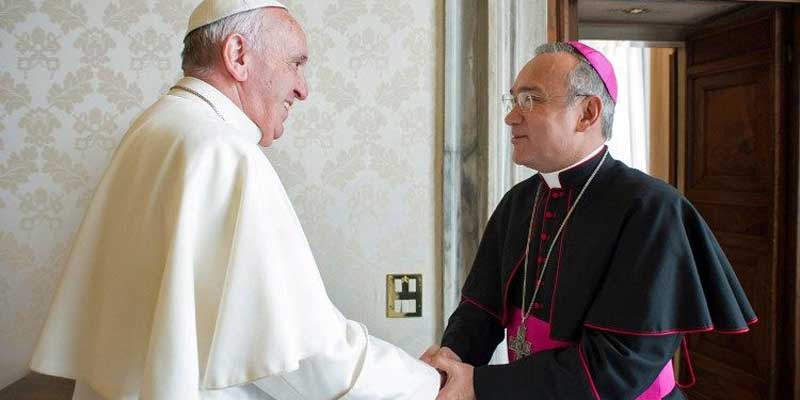 Archbishop Carlo Maria Viganò, a former papal ambassador who has accused Pope Francis of covering up sex abuse, has stated that the Vatican’s third most powerful prelate, Archbishop Peña Parra, was never given an “open and thorough investigation” for troubling accusations of sex abuse that date back decades. Archbishop Viganò said the high-ranking prelate was not investigated despite the existence of what he calls a “terrifying dossier” sent to Pope Francis that gives names and dates regarding his alleged misbehavior.

Archbishop Viganò told the Washington Post in an unpublished section of an interview that was recently obtained and published by LifeSiteNews that Pope Francis “essentially ignored” the dossier on Archbishop Peña Parra while appointing the Venezuelan to a top position in the Vatican.

Viganò states that one accusation, involving Peña Parra seducing two candidates for the seminary in 1990, was reported by the alleged victims’ parents to the police, and the veracity of the accusations were confirmed in writing to the Secretariat of State by both the rector of the major seminary and by seminary’s spiritual director. Viganò told the Post that “I have seen these documents with my own eyes,” and the documentation as well as that of other accusations should still be on file in the Holy See, “if it has not been destroyed.”