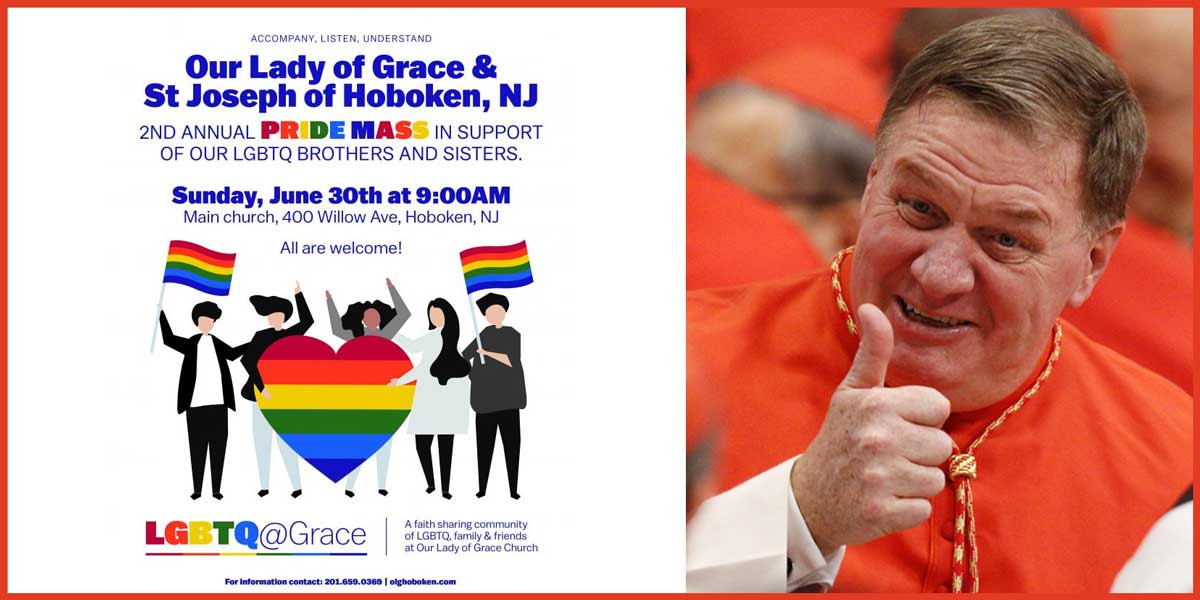 Our Lady of Grace Catholic Church in Hoboken celebrated a special “Pride Mass” on Sunday.

Despite the Catholic Church’s condemnation of homosexual activity, local media reported, the Pride Mass “signifies an acknowledgement of dramatically shifting views, not only within the Catholic community but Hoboken itself.”

“Once a hardscrabble blue-collar town, decades of socioeconomic transformation have created a relatively cosmopolitan environment when compared to Hoboken’s more parochial past,” the report stated.

The pastor of Our Lady of Grace, Father Alexander Santora, said that the second annual Pride Mass was being celebrated “in support of our LGBTQ Brothers and Sisters.”

“Mass starts at 9 a.m. Afterward attendees are encouraged to march in the World Pride March in New York City with the LGBT Catholic and Friends group,” an ad for the Mass announced.

TAKE ACTION: Contact Cardinal Tobin at 973-497-4000 and let him know what you think of his decision.