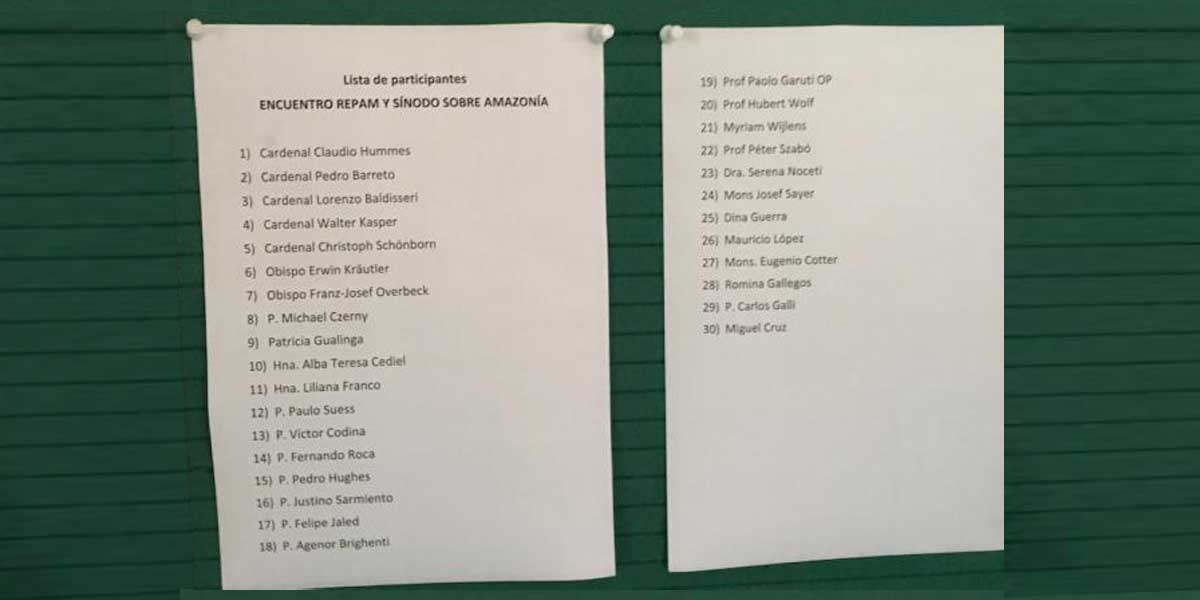 A group of cardinals and bishops who are involved with the preparation of the Amazon synod and who back the abolition of priestly celibacy and other progressive positions contrary to perennial Catholic teaching are quietly meeting together near Rome in preparation for the upcoming synod, a well-placed source revealed to LifeSiteNews today.

Main participants invited to the meeting include cardinals Lorenzo Baldisseri, Claudio Hummes, Walter Kasper, Christoph Schönborn, Bishop Franz-Josef Overbeck, and Bishop Erwin Kräutler. Also present was Josef Sayer, a friend and counselor of Cardinal Oscar Maradiaga. Mrs. Doris Wagner- Reisinger – the former nun whose accusations against a Congregation for the Doctrine of the Faith official was recently rejected by a Vatican court – was also invited to attend the meeting.

TAKE ACTION: Tell Your Bishop – “Don’t Be Complicit by Your Silence” in the Attempt to Hijack The Amazon Synod