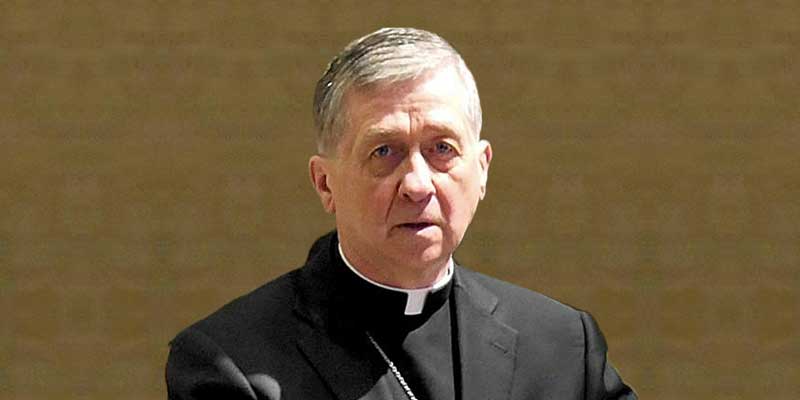 A couple days ago, Chicago Cardinal Blase Cupich gave an interview to the Chicago Tribune where he lied to the reporter.

According to the Chicago Tribune article, “Cupich noted that the archdiocese reported every allegation of abuse to the Cook County state attorney’s office. The archdiocese turned over to the attorney general’s office thousands of documents, including those related to unsubstantiated claims of abuse.”

But the problem is that’s not true. It’s simply not true.

In 1993, a case was officially lodged against Cardinal Joseph Bernardin claiming that Bernardin sexually assaulted a minor.

The case was filed by the actual victim and officially responded to on archdiocesan letterhead multiple times (as you can see here). The documents exist, plain and simple.

Church Militant obtained these documents from the archdiocesan secret files through a chancery insider fed up with the cover-up.

On getting hold of them, Church Militant contacted Cupich directly and asked about the information contained in them — no response.

We have since sent information to his communications department — no response.

Cupich is lying, flat-out lying, when he says all cases, even those unsubstantiated, were turned over to law enforcement because Church Militant has in our possession at least one case that absolutely was not.

For the record, as we indicated to Cupich and his staff, Church Militant, as part of our Action Arm initiative, has, in fact, now turned over the damning evidence to the Illinois attorney general’s office for law enforcement to pursue.