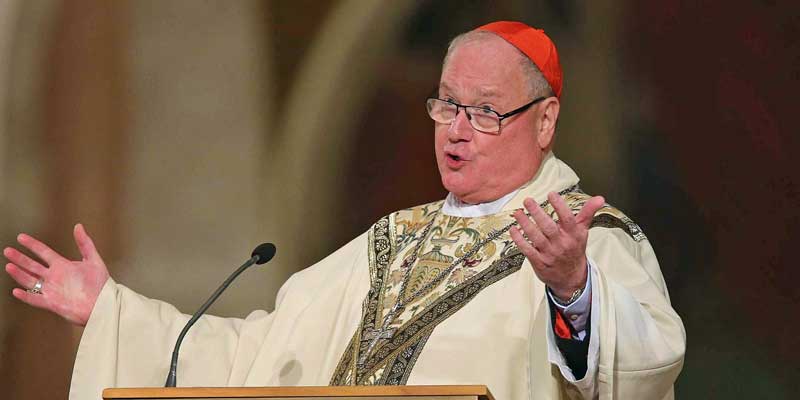 The priest has been accused of sexual abuse by eight different individuals and the Archdiocese, and specifically Cardinal Dolan, has known about the allegations since 2012 but has stubbornly refused to take action.

Five accusers leveled abuse allegations against Paddack in March, with one former student at Cardinal Hayes High School recalling how he went to the priest for counseling over suicidal feelings. Rafael Mendoza said Paddack instead asked him to strip naked and examined him with a stethoscope.

The abuse occurred when Mendoza was a freshman in 1996.

“He would take me to his office and he would tell me to remove my shirt, unbuckle my pants. I can remember the coldness of the knob of the stethoscope while he’s checking my heartbeat and all around my chest and slowly going down to my genitals,” Mendoza said. “Just seeing his face turn bloodshot red while doing this, I go back now and think he was getting something out of this.”

Paddack also worked at St. Joseph By the Sea on Staten Island and the Church of the Incarnation in Manhattan.

According to Survivors Network of Those Abused by Priests, this is the second time in the past year that Cardinal Dolan kept the vulnerable in harm’s way. Just six months ago it was revealed that Fr. Donald Timone, himself twice-accused of abuse, was able to stay on the job even though Catholic officials paid one of his victims a six figure settlement.