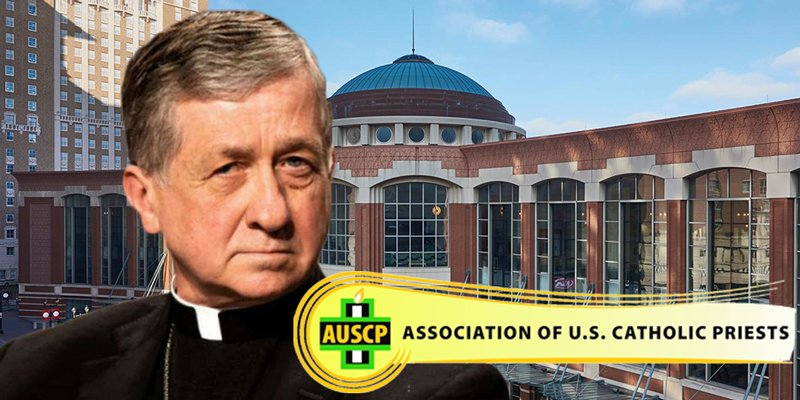 Cardinal Blase Cupich will be the keynote speaker at the Association of US Catholic Priests (AUSCP) at their convention in St. Louis June 24th to the 27th.  AUSCP is a notorious heretical priestly organization that promotes women’s ordination to the diaconate (with eyes on the priestly ordination of women), homosexuality, priestless parishes, married priests, and a host of other heterodox positions.

It has recently been reported that Cupich is under investigation by state and federal law enforcement officials for failing to report incidents of sexual abuse.

A faithful Catholic organization, Credo of the Catholic Laity (CCL), is sponsoring a Rosary Rally in front of the Marriott Hotel, Airport at 4 pm start time. Bring rosaries and any appropriate signage.

On Tuesday evening, June 25th, Michael Hichborn, founder & president of the Lepanto Institute will be giving a talk, “Wolves in Sheep’s Clothing: Infiltrating the Catholic Church”.

Lepanto Institute is also sponsoring a petition “Ask Archbishop Carlson NOT to Celebrate Mass With the AUSCP!”

Lepanto has been investigating the AUSCP for 2 years – some of its findings are summarized below:

If you live in the St. Louis area, please join CCL on Monday and/or Tuesday.  Please also sign the petition asking Archbishop Carlson not to concelebration Mass with the AUSCP.