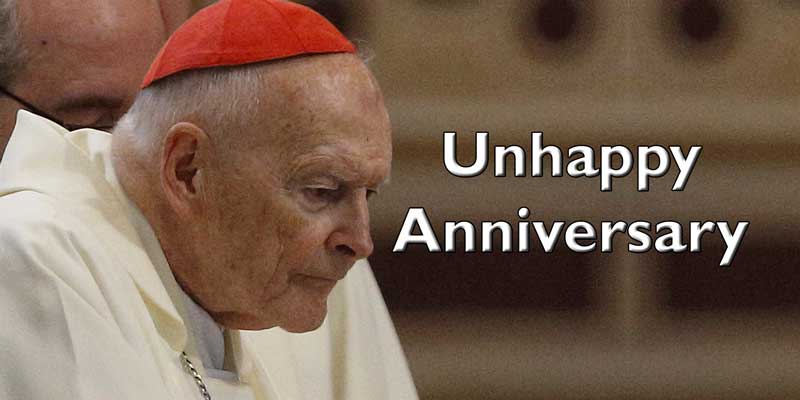 Exactly one year after revelations about the sexual abuse of then-Cardinal Theodore McCarrick were made public, the Church in the U.S. remains in a state of serious scandal, and Catholics remain angry and discouraged. But what’s next for the Church – what happens after McCarrick – depends as much on the decisions of ordinary Catholics as it does on the policy decisions of the U.S. bishops.

In the months that followed those remarks, McCarrick would become an architect, and a tireless promoter, of the U.S. bishops’ plans and policies to address clerical sexual abuse.

“I think we have to somehow make sure that our people know what we’re doing, that the people know that the bishops are taking this seriously.”

People did not, in fact, know what McCarrick had been doing. By 2002, Theodore McCarrick had serially sexually abused at least two minors, and sexually coerced dozens of young priests and seminarians.

Knowing now what he knew then, it seems incredible that McCarrick was celebrated in the Post as a “national leader” on clerical sexual abuse.