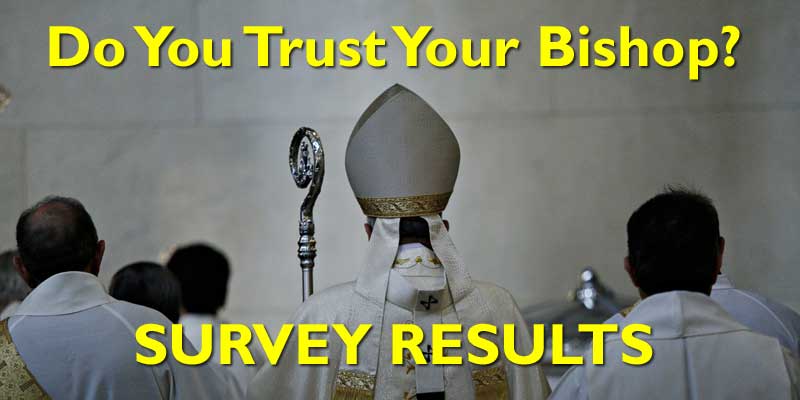 On the question of trust, people could respond with one of the following options (each assigned a point value):

On the question of orthodoxy, individuals were invited to award their bishop with one to five stars, each with a corresponding point value.

Individuals were also optionally allowed to provide specific comments related to their ratings.

The best and worst ratings of bishops with at least 10 survey responses is summarized in the illustration below.

The table below summarizes the average scores for each bishop.  If a bishop is not listed, they did not receive any survey responses.

This section lists the comments made by respondents for each bishop.