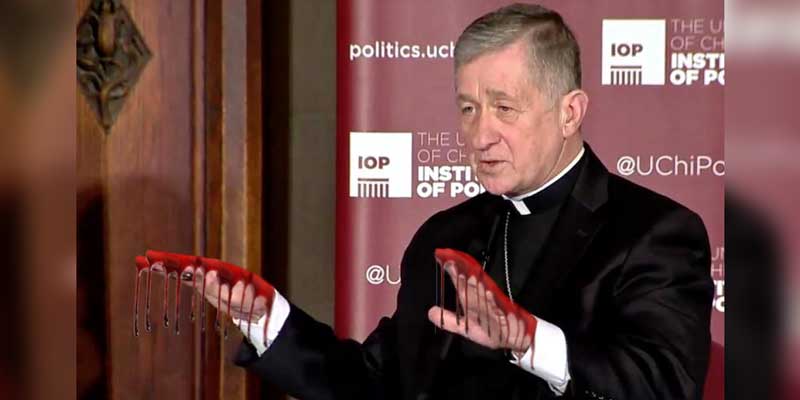 Cardinal Blase Cupich of Chicago defended giving Holy Communion to pro-abortion politicians, saying, “I think it would be counterproductive to impose sanctions, simply because they don’t change anybody’s minds.”

Cardinal Cupich expressed his position in the wake of Bishop Thomas Paprocki of Springfield, Illinois barring pro-abortion legislators from receiving the sacrament of Holy Communion. Citing canon 915 of the Code of Canon Law, Bishop Paprocki ruled last week that state legislators working to pass Illinois’s new abortion bill may not present themselves for communion in his diocese and that priests are expressly forbidden from giving the Eucharist to both the Senate president and the speaker of the House.