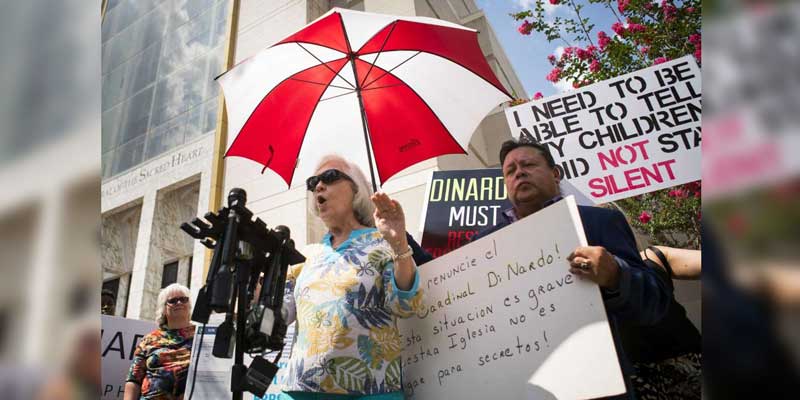 On the eve of a bishops’ gathering in Baltimore, advocates for clergy abuse victims in Houston on called on Cardinal Daniel DiNardo Monday to step down from leading the U.S. Conference of Catholic Bishops following allegations that he mishandled sexual misconduct complaints.

DiNardo, the highest-ranking American bishop, who also oversees the Archdiocese of Galveston-Houston, is scheduled to kick off the meeting of Catholic leaders on Tuesday morning as questions intensify in Texas about whether he did enough to prevent sex abuse in his religious jurisdiction or to hold accused priests responsible.

Most recently, DiNardo was alleged to have mishandled a 2016 allegation of sexual misconduct involving Frank Rossi, who was allowed to retire as the archdiocese’s vicar general the following year and transferred to the Diocese of Beaumont to lead a parish in Woodville. The accusation, as detailed in an Associated Press report, accused Rossi of seducing a wealthy benefactor seeking marital counseling — then continuing to hear her confessions.

Michael Norris, head of the Houston chapter of Survivors Network of those Abused by Priests, listed Rossi among the Houston area clergy who had garnered complaints but were allowed to continue their priestly duties on DiNardo’s watch. He also cited John Keller and Manuel La Rosa Lopez, both subjects of criminal investigations.

Read more at the Houston Chronicle