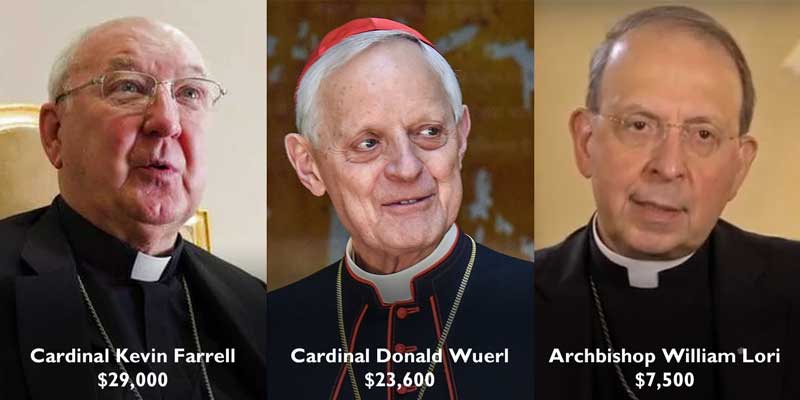 Several cardinals, bishops, and priests, have said they will return money given to them by Bishop Michael J. Bransfield, the former head of the Diocese of Wheeling-Charleston, after an article published by the Washington Post reported lavish spending and gift-giving by the West Virginia bishop.

Cardinal Kevin Farrell, the Vatican Prefect of the Dicastery for Laity, Family, and Life, will return $29,000 given to him by Bransfield for renovations of his Rome apartment, reported the Washington Post.

Archbishop William E. Lori, the Archbishop of Baltimore and Apostolic Administrator of Wheeling-Charleston tasked with investigating Bransfield, said he would return $7,500.