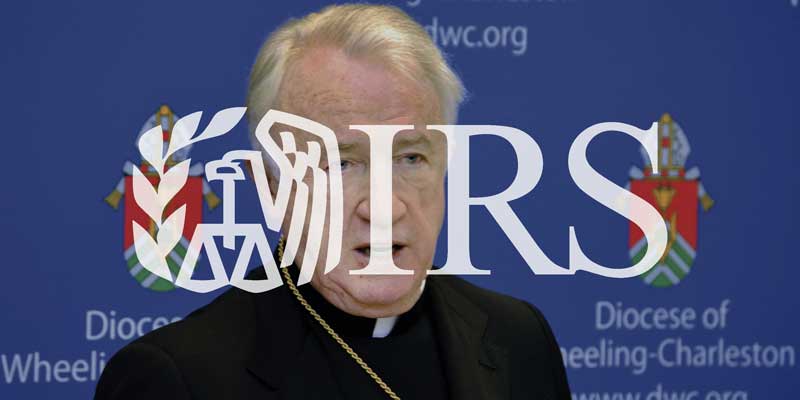 The past year has seen unprecedented government investigation of the Catholic Church in the United States. Kicked off by the seminarian sex abuse cover-up scandal of former-Cardinal Theodore McCarrick last summer, the ecclesiastical atmosphere has since taken on a Watergate-like avalanche quality. The Pennsylvania attorney general (and dozens of state attorneys general since then), the FBI, and others have raided chanceries and subpoenaed bishops and their staff. The U.S. Department of Justice even put the U.S. Conference of Catholic Bishops (a sort of trade association for prelates) on notice to get ready for a mafia RICO investigation. The crisis looms large over the bishops’ semi-annual meeting in Baltimore this week.

A few days ago, the scandal morphed once again, this time into a financial corruption breakdown so great it likely warrants the examination authority of the IRS and threatens the tax-exempt status of the church in America.

Last week, Michelle Boorstein of the Washington Post broke a story detailing the biggest financial scandal in U.S. Catholic history. Bishop Michael Bransfield, emeritus chief of the Diocese of Wheeling-Charleston in West Virginia and well known in Beltway circles as the former longtime rector of the National Shrine of the Immaculate Conception, embezzled millions of dollars from his diocese and spent it on personal items such as luxury travel, top-shelf liquor, real estate, and “gifts” to fellow bishops.

Suffice it to say, this is not a regular way for a nonprofit to operate its affairs under the Internal Revenue Code.

Like any other nonprofit, the Diocese of Wheeling-Charleston must comply with all the rules of the road when it comes to running a corporation on a not-for-profit basis. This includes restricting the expenditures of this operation for the “exempt purpose” for which is was formed. An officer of the corporation — a Catholic bishop has plenary authority over all within his diocese — cannot benefit personally from the funds raised and held by the nonprofit.

In the ordinary non-profit world, there are checks and balances on these things. There are boards which hold officers accountable for their actions. There are auditors hired by boards to assist with this. But things are very different in a Catholic context. As observed in the movie “Godfather III,” there are rules in the church — very old rules. One of those rules is that the bishop is the sole source of authority in his diocese, and answers to no earthly person but the pope himself.

That all broke down in Wheeling-Charleston. According to the Washington Post, Bransfield “spoke of church money as if it were his to spend without restriction, according to the report. ‘I own this,’ he is quoted as saying on many occasions.” That mentality means that His Excellency used his diocese (one of the poorest in terms of per-capita income in the country) as a personal feudal piggy bank.

The IRS has an oversight role here it cannot simply outsource to the good work of the Washington Post investigative team. It needs to send in a crack team from its Tax Exempt Division in Cincinnati, Ohio, (the famous Lois Lerner office) and review those diocesan records from bow to stern.

TAKE ACTION: Contact Don Fort, Chief of the IRS Enforcement Division and ask him to investigated the Bishop Bransfield case.  If you are aware of potential financial corruption, report it to the IRS.