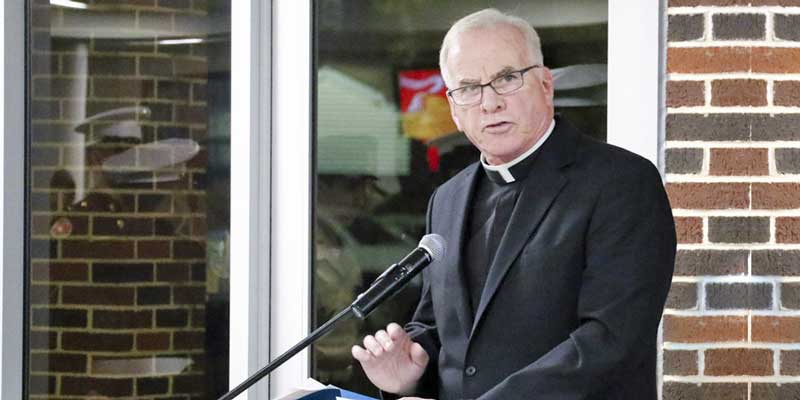 On the eve of the Bishops’ conference addressing the sexual abuse crisis, our Bishops would be well-served to re-read a nearly 20-year-old article by Fr. Paul Shaughnessy, The Gay Priest Problem.  Here’s an excerpt from the piece (our emphasis added):

Quite simply, those entrusted to fix what is broken are broken themselves and are camouflaging their real motives in the fuzzy vocabulary of therapy and pastoral sensitivity. As with every institutional crisis, this one ultimately boils down to the question of accountability. Who recruits the newcomers? Who forms their habits and attitudes? More importantly, who appoints the recruiters and educators? Who will name the problems for what they are and take responsibility for putting them right? The issue of accountability forces us to confront a yet more intimidating crisis, one which is easily misunderstood and which I take up with reluctance, but which must be faced squarely as an unpleasant truth.

I define as corrupt, in a sociological sense, any institution that has lost the capacity to mend itself on its own initiative and by its own resources, an institution that is unable to uncover and expel its own miscreants. It is in this sense that the principal reason why the action necessary to solve the gay problem won’t be taken is that the episcopacy in the United States is corrupt, and the same is true of the majority of religious orders. It is important to stress that this is a sociological claim, not a moral one.

If we examine any trust-invested agency at any given point in its history, whether that agency be a police force, a military unit, or a religious community, we might find that, say, out of every hundred men, five are scoundrels, five are heroes, and the rest are neither one nor the other: ordinarily upright men who live with a mixture of moral timidity and moral courage. When the institution is healthy, the gutsier few set the overall tone, and the less courageous but tractable majority works along with these men to minimize misbehavior; more importantly, the healthy institution is able to identify its own rotten apples and remove them before the institution itself is enfeebled. However, when an institution becomes corrupt, its guiding spirit mysteriously shifts away from the morally intrepid few, and with that shift the institution becomes more interested in protecting itself against outside critics than in tackling the problem members who subvert its mission. For example, when we say a certain police force is corrupt, we don’t usually mean that every policeman is on the take—perhaps only five out of a hundred actually accept bribes. Rather we mean that this police force can no longer diagnose and cure its own problems, and consequently if reform is to take place, an outside agency has to be brought in to make the changes.

By the same token, in claiming the US episcopacy is corrupt, I am not claiming that the number of scoundrel bishops is necessarily any higher than it was when the episcopacy was healthy. I am simply pointing to the fact that, as an agency, the episcopacy has lost the capacity to do its own housecleaning, especially, but not exclusively, in the arena of sexual turpitude. Should someone object to this characterization, I would reply in these terms: Excellency, let’s look at the American bishops who have been deposed in recent years as a consequence of sexual scandal: Eugene Marino of Atlanta, Robert Sanchez of Santa Fe, Keith Symons of Palm Beach, Daniel Ryan of Springfield, Illinois, Patrick Ziemann of Santa Rosa. Can you name a single instance in which the district attorney or the media did not get there first—a single case, that is, in which you yourselves identified the scoundrel in your ranks and replaced him before the scandal aired on CBS or before the police came knocking on the door?

The question will naturally arise, how can Catholics show respect and obedience to their bishops if they believe the episcopacy is corrupt? The answer is that a Catholic does not respect his bishop or attend to his teaching on the grounds that the bishop is holy, but because the bishop, to the extent that he teaches in union with St. Peter, is supernaturally protected against teaching error—and this holds true whether or not the bishop is a villain and whether or not his compatriots are institutionally corrupt. Our duties toward our bishops are the same now as they ever were and ever will be. Moreover, I have frequently counseled wholesome young men of my acquaintance to enter religious orders that are corrupt in the sense explained above. No shame attaches to membership per se in a corrupt institution (all the ancient religious orders and national episcopacies have undergone cycles of corruption and reform), and the question of one’s vocation to take up a certain burden is entirely distinct from the contingent circumstances in which that vocation is lived out. I stress this point in order to make clear that I am not counseling disobedience or disrespect to bishops, and I am not denying that religious orders, even corrupt ones, are capable of working for the good of souls. But let’s face facts. When more of your priests die by sodomy than by martyrdom, you know you’ve got a problem; when the man you bring in for the fix comes down with AIDS, you know you’ve got a crisis; and when the Pope first gets the facts thanks to 60 Minutes, you know you’re corrupt.

The Catholic Church, being Christ’s bride without spot or wrinkle, is indefectible. She is holy because Christ is holy; she is perfect because Christ is perfect. She can not teach error. Her ministers, however, have sinned in the past, sin now, and will sin in the future until the second coming of Christ. She has lost some of her sons to heresy and some to schism, and those who remained have, in various periods, sunk into corruption…

Read the whole thing.  Not much appears to have changed in 20 years.  Will the bishops finally gain the courage to act?

TAKE ACTION: Share this article with your bishop: 1) copy this link http://bit.ly/2Zl70ut  2) find your bishop contact information 3) send them a message.