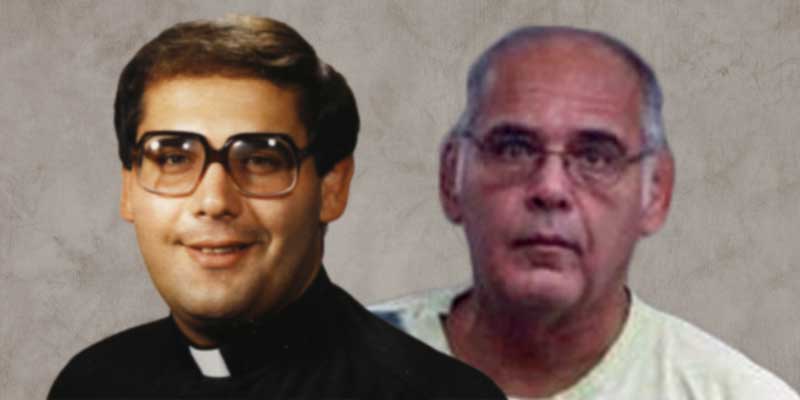 John Capparell, a former New Jersey priest accused of groping and brutalizing teenage boys from 1980 to 1992, was found shot to death in his Nevada home in March.  This week, Las Vegas Review Journal reported that authorities had arrested 25-year-old  Derrick Decoste as a suspect in Capparell’s murder.

Decoste’s girlfriend told police he was “eager to make money” and so had responded to Capparelli’s post seeking wrestlers.

She indicated that Decoste said he had robbed Capparelli after his second visit to his home. She turned over to police a bag with several wristwatches, at least one of which was identifiable as Capparelli’s, and Decoste’s handgun. Capparelli was shot with that handgun, according to the warrant.

The warrant said that investigators found in Capparelli’s home hundreds of homemade films with “nearly-nude men wrestling inside of the home, presumably while the victim filmed them,” and indications he “often kept the company of prostitutes or paid entertainers.”

They also found a hard copy of a Craigslist ad from Capparelli seeking “young and good looking men” willing to wrestle or to compete in “submission matches.”

Capparelli was removed from parish ministry in 1989, suspended from any ministry in 1992, and was dismissed from the clerical state around 2013.

He was never prosecuted or convicted of a crime, but he was at the center of lawsuits against himself, the Newark archdiocese, Theodore McCarrick, and the Boy Scouts of America. At least one suit resulted in a settlement.

At one time he ran a website which sold videos of adult men wrestling in very little clothing.