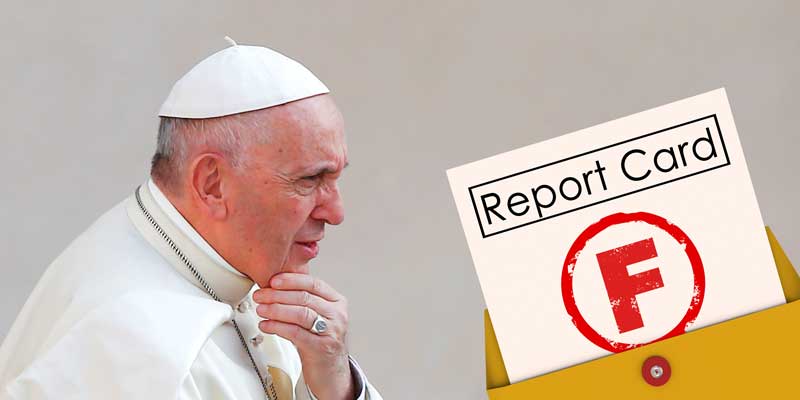 Never would that sentence have gotten through untouched under the scrutiny of the congregation for the doctrine of the faith, if only Pope Francis had gotten it checked there.

But that didn’t happen. And in fact, since February 4, in the solemn document on human brotherhood signed jointly in Abu Dhabi by Francis and by the Grand Imam of Al-Azhar, Ahmad Al-Tayyeb, there appears the following statement:

“The pluralism and the diversity of religions, colour, sex, race and language are willed by God in His wisdom, through which He created human beings.”

Nothing objectionable when it comes to color, sex, race, and language. But that the diversity of religion is also intended by the Creator is a new and reckless notion for the Catholic faith. Because that would invalidate what the apostle Peter, the first pope, preached when full of the Holy Spirit after Pentecost, which is that “in no other is there salvation” except in Jesus, seeing how his current successor puts every religion on an equal footing with the others.

One month later, at the general audience on April 3, back from another journey on Muslim soil in Morocco, Pope Francis tried to adjust his aim: “We should not be afraid of difference” among the religions, he said. “God willed to permit this reality,” with the “voluntas permissiva” of which “the theologians of Scholasticism” spoke. If anything, “we should be afraid if we do not act in brotherhood, in order to walk together in life.”

But once again, if the text of this general audience had first been submitted for the inspection of the congregation for the doctrine of the faith, this patch-up job would not have been approved either.

There is no counting, by now, the times in which Pope Francis has refused to ask for or accept the view of the congregation whose task it is to ensure compliance with dogma.