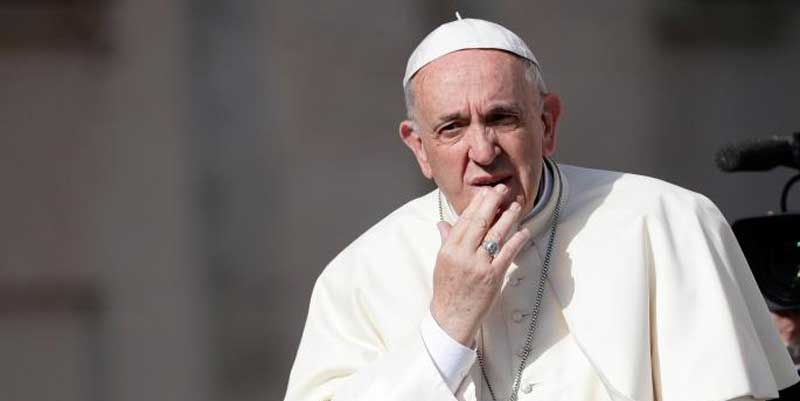 Did Pope Francis know? Was he told, five years before the world found out, that the powerful Cardinal McCarrick was a serial sexual abuser? The diplomat who claims to have informed the pope, Archbishop Carlo Maria Viganò, names two dates on which he raised the matter with Francis: June 23 and October 10, 2013. But the Holy Father, in a new interview with Valentina Alazraki, says he simply can’t remember. “When [Viganò] says he spoke to me that day, he came … I do not remember if he told me about this. If it is true or not. No idea.”

This is not the only gap in the papal memory. Alazraki asked Francis about a February speech that described persistent critics of the Church as “relatives of the devil.” The pope replied: “I do not remember the text but no, no. I do not feel that way.” What about the headline-making 2014 phone call in which the pope allegedly encouraged a woman to ignore Church teaching on Communion and divorce? Also a blank: “What I said to that woman I do not remember.”

Francis is also unsure about his famously ambiguous footnote on Communion for those in “irregular relationships”: “I don’t remember the footnote,” he told the press in 2016. The Holy Father is an eighty-two-year-old man with a lot on his plate. But the impression of all these forgettings is—and it hurts to say this—of a teacher who often speaks without much reflection, before or after. While that may not be the greatest of imperfections, in a pope it can be catastrophic.

Because of those forgotten statements about Communion, dioceses and even a national bishops’ conference have permitted Communion for the sexually-active divorced and remarried. In so doing, they have discarded the teaching of Jesus Christ about marriage, the Eucharist, Confession, and divine grace, and endangered many souls. At the parish level, the evidence is necessarily more anecdotal, but it is disturbing enough. From Normandy to northern Argentina, the pope’s words are treated as a green light for Communion for the remarried. Eric Sammons, who spent five years as director of evangelization for the Diocese of Venice in Florida, saw widespread confusion on this and other matters. “I saw Catholics engaged in adultery receive Holy Communion… ‘because Pope Francis.’ I saw Catholics assert that it was wrong to evangelize… ‘because Pope Francis.’ I saw Catholics denigrate big families… ‘because Pope Francis.’” Such stories are common.