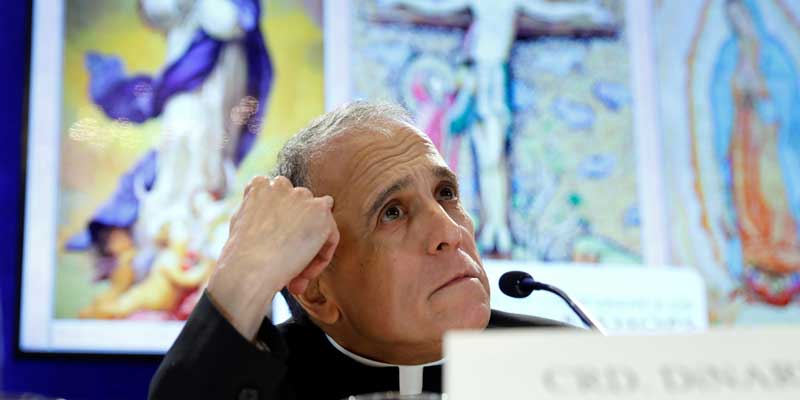 A report was published Tuesday of an apparent affair between a married woman and a senior priest of the Archdiocese of Galveston-Houston.

While the case has provoked uncomfortable questions about what was or was not done to handle that situation in 2016, the more urgent question may prove to be: what should be done in similar situations now?

In 2016, Laura Pontikes told the archdiocese, led by Cardinal Daniel DiNardo, that Msgr. Frank Rossi had used his pastoral relationship with her to coerce her into a year-long sexual relationship, while at the same time offering advice and support to her husband and soliciting large donations from the couple.

Most seriously, Pontikes alleged to AP that Rossi had heard her confessions throughout the affair, apparently attempting to absolve an accomplice in a sexual sin – one of the most grave crimes in canon law.

The exact details of the archdiocesan response to the complaint are disputed. The archdiocese insists that it directed Pontikes to report the matter to civil authorities at once – Texas law prohibits relationships between ministers and their flock – and immediately removed Rossi from his parish. Since then, it says, it has been in ongoing negotiations with Pontikes and made every effort to accommodate her.

After spending eight months in “rehabilitation,” the archdiocese says that Rossi was recommended for a return to active ministry, but it was agreed with Pontikes that he would not be given any future role in the archdiocese. Instead, he was allowed to take “retired” status and seek a new assignment in the Diocese of Beaumont.

The most serious charge – that Rossi attempted to absolve an accomplice in an affair – remains unresolved. The Houston archdiocese say that this did not happen, Pontikes says that it did, and AP have reported that a Vatican investigation is underway; though sources in the Congregation for the Doctrine of the Faith, normally responsible for cases involving sexual crimes and the confessional, told CNA that no complaint has yet been received.

That issue to one side, the Rossi case highlights the gathering storm of confusion surrounding the motu proprio Vos estis lux mundi. Attention to that document, which came into force June 1, has mostly focused on new procedural mechanisms for investigating allegations of abuse against bishops. But, canonists have noted, its potentially most significant provisions concern new definitions of who can be a victim of sexual abuse.

In addition to minors, Vos estis also creates a category of abuse of authority and offers a far broader definition of “vulnerable adult” than has previously been applied.

According to the text of the document, such a person is now to be considered “any person in a state of infirmity, physical or mental deficiency, or deprivation of personal liberty which, in fact, even occasionally, limits their ability to understand or to want or otherwise resist the offence.”

Many have noted that the new definition could be argued to apply to virtually any sexual relationship involving a priest in ministry. The Rossi/Pontikes case would certainly seem to illustrate the now much-expanded grey area around “consent” in sexual sins involving priests. How such a case should be handled, and by whom, remains an open question both in Rome and in dioceses.