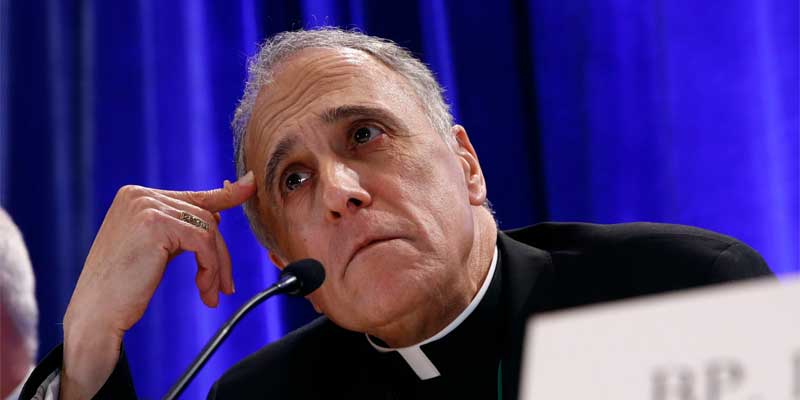 The president of the U.S. bishops’ conference has been accused of mishandling an allegation of sexual coercion made against his former vicar general.

A Texas woman says that Cardinal Daniel DiNardo permitted the priest, who she says sexually coerced her, to transfer to another diocese and continue in ministry, after she was promised that he would not be permitted to serve as a pastor.

DiNardo is also the Archbishop of Galveston-Houston.

Laura Pontikes, a Houston-area Catholic, told the AP that while DiNardo acknowledged that she had been a “victim” of manipulation by an archdiocesan priest, the cardinal permitted the priest to continue serving in ministry.

In 2007 Pontikes sought counsel from Msgr. Frank Rossi, vicar general of the Archdiocese of Galveston-Houston, during a difficult period in her life. She alleges that the priest began pressuring her and her family for millions in donations, and that in 2012, he initiated a sexual relationship with her, while they were meeting for spiritual direction.

She alleges that they began a sexually intimate relationship that continued for more than a year. The archdiocese has challenged Pontikes’ account of that relationship.

Pontikes also alleges that the priest attempted to absolve her sacramentally of sexual sins she confessed to committing with him, which is a serious canonical offense that can lead to excommunication.

The archdiocese told the AP that Rossi did not hear Pontikes’ confession during or after their physical relationship, though it is unclear how the archdiocese could confirm that, since priests are forbidden from identifying penitents. According to the AP, that allegation is now subject to a “Vatican” review. Allegations of attempting to absolve sexual accomplices are handled by the Congregation of the Doctrine of the Faith.