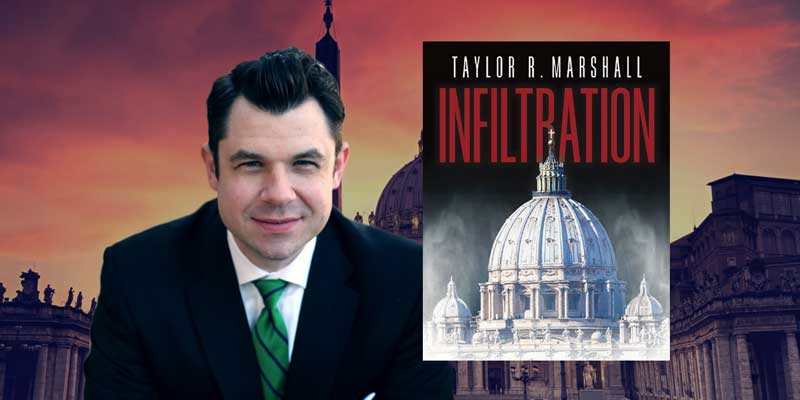 Over a century before the St. Gallen mafia plotted to seize the papacy, a Freemasonic document dreamed of “a pope according to our heart.” He would be sprung from a generation won over to Freemasonic dogmas from its youth, via the corruption of families, books, and education. He would be elected by a corrupted clergy and would be similarly “imbued with the Italian and humanitarian principles which we are about to put into circulation.” 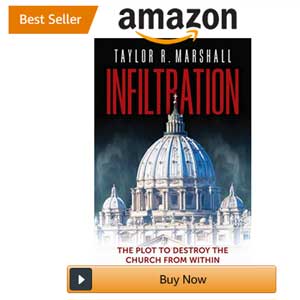 “Let the clergy march under your banner, while they naïvely believe they are marching under the banner of the Apostolic Keys,” stated The Permanent Instruction of the Alta Vendita, ultimately acquired by the Church and published with the encouragement of multiple popes. “You will have preached revolution in tiara and cope … a revolution that will need only a little help to set the corners of the world on fire.”

As his sprawling connect-the-dots narrative puts it:

For over a century, the organizers of Freemasonry, Liberalism, and Modernism infiltrated the Catholic Church in order to change her doctrine, her liturgy, and her mission from something supernatural to something secular… It is an agenda to replace the supernatural religion of the crucified and resurrected Jesus Christ with the natural religion of humanism and globalism.

In his foreword to Marshall’s book, Bishop Athanasius Schneider calls Infiltration a “significant contribution” to the work of raising awareness of the “historical roots and perpetrators” of today’s crisis. Against those who would scoff at any mention of a Freemasonic threat, Bishop Schneider speaks specifically of an infiltration of the Church “by an unbelieving world, and especially by Freemasons.” He has previously stated that “some bishops and cardinals speak clearly with a Masonic spirit,” even if they are not formal members.