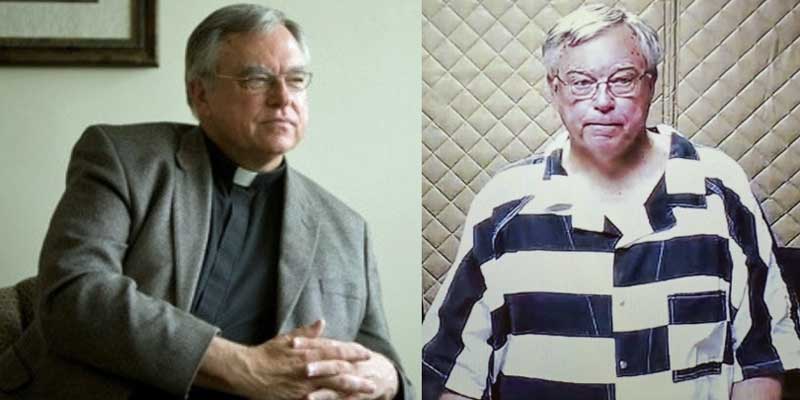 Church Militant’s investigative report on Saginaw predator priest Robert DeLand provides the public with an invaluable tutorial in grooming by a predator priest.

Listening to the audio tapes of the chilling and clever manipulation by DeLand of his teen male victim reinforces the uniquely diabolical nature of priestly predation. DeLand shrewdly weaves his lewd and salacious language with affirmations of love in soft dulcet tones. He urges the victim to pursue homosexual partners, probes the teen for the type of homosexual acts he prefers, all with constant reassurance that this man of God sanctions this sinful conduct.

The crime of sexual exploitation operates in an isolated and solitary vacuum between predator and prey. The predator targets his prey, slowly, and strategically encircles his vulnerable victim, luring him with perks and compliments, gradually isolating him from his protective safety net. With precision timing, the predator sets his trap and patiently waits for the confused victim to step in.

For decades, Catholics were horrified to learn about predatory priests abusing minors, primarily underage males. In their baffling naïveté, laity would often say, “Why didn’t the victim walk away?” or, “Why didn’t the victim speak out?” Shockingly, many chose to believe the offending priest rather than the victim, including the parents of victims.

The pervert priest exploits the contradiction of the phenomenon of the seen and unseen. His heinous crime operates in solitary isolation with an offending predator priest hiding in plain sight, aloft at the pulpit and altar, yet preying in the shadows. The congregation only knows the man on the altar.

The actual words of the grooming predator priest as he voices his seductive lure are rarely heard by anyone except the vulnerable young victim. The words and images are so vile and lewd, few children could even repeat them.

No one could even imagine the predator priest’s lascivious tone of voice or his look of “love” and feigned compassion toward the victim. No one could even envision that a consecrated man of God would utter such repulsive language, encourage salacious sins, much less sexually assault a minor child — until now.