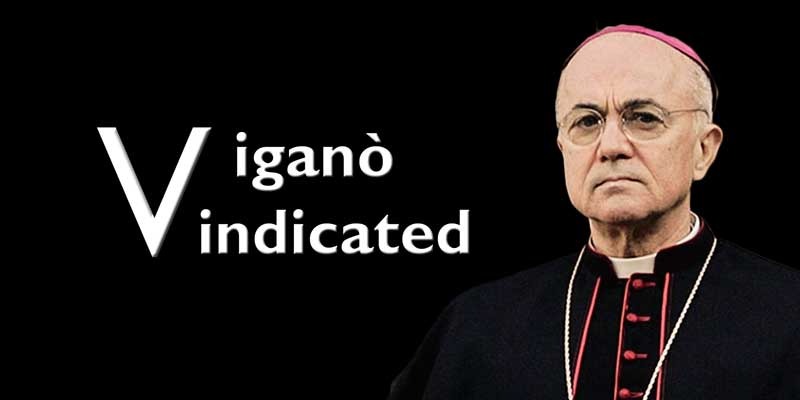 When Archbishop Carlo Maria Viganò originally released his 11-page testimony in August 2018, Pope Francis stated that he would not dignify it with a response.  Yet on May 28, Francis finally broke his silence claiming that ‘knew nothing’ about McCarrick.  This apparent contradiction has set off a firestorm of commentary in the Catholic media.  With each passing revelation, Archbishop Viganò has been vindicated time and time again.  Complicit Clergy has been tracking news which appears to corroborate Viganò’s original allegations.  At last count, there are no fewer than 13 occasions in which Archbishop Viganò has been vindicated:

This track record should once and for all silence Viganò’s critics who claim he is not telling the truth.