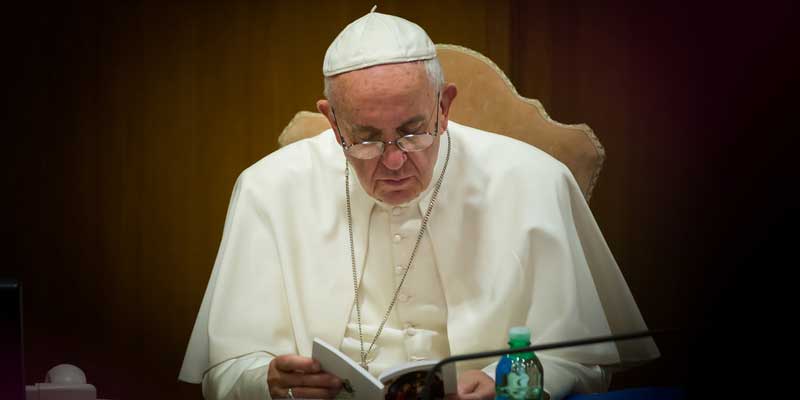 Yes, the title of this column is provocative, to say the least, but that is what is really going on with the just-signed Apostolic Letter “Vos Estis Lux Mundi” (VELM).  VELM lays down requirements for reporting “crimes of sexual abuse” committed by clerics, which “offend Our Lord, cause physical, psychological and spiritual damage to the victims and harm the community of the faithful.”  But VELM is just another layer of bureaucratic procedure that ignores the underlying rot of the widespread homosexual infiltration of the clergy.

We know this as soon as we read the description of the prohibited “delicts against the sixth commandment of the Decalogue”:

“… forcing someone, by violence or threat or through abuse of authority, to perform or submit to sexual acts…

“… performing sexual acts with a minor or a vulnerable person;

“… production, exhibition, possession or distribution, including by electronic means, of child pornography, as well as by the recruitment of or inducement of a minor or a vulnerable person to participate in pornographic exhibitions…”

So, to sum up: VELM does absolutely nothing to address (1) “consensual” acts of sodomy involving clerics and their willing partners in one of the sins that cry out to Heaven for retribution; (2) the “production, exhibition, possession or distribution” of adult (versus child) pornography, or (3) consensual adult participation in pornographic exhibitions.

That is, the entire “gay subculture” and its practices among the clergy are left untouched so long as they do not manifest themselves in criminal offences against minors or the coercion of “vulnerable” adult partners in sodomy. Otherwise, VELM exhibits no concern about sexual “delicts against the sixth commandment of the Decalogue.”

Read more at The Fatima Center