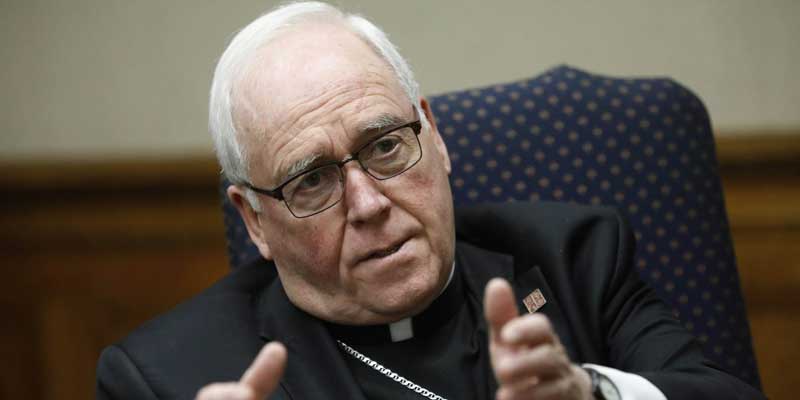 The Diocese of Buffalo and Christ the King Seminary are unequivocally denying a report that the seminary is conducting a leak investigation into seminarians who spoke up about diocesan priests having vulgar conversations at a party held at a parish rectory last month.

The station had first reported on the memo Monday of last week, including news of three priests being suspended over what the seminarians had reported was vulgar and “pornographic” talk at an April 11 party at Saints Peter & Paul Parish’s rectory in Hamburg in the Buffalo diocese. The story was updated to add that two other priests were reprimanded later for not doing more to stop the inappropriate conversation at the party.

WKBW’s subsequent report on Friday said seminary officials, who were reeling from the fallout after news of the party broke, were conducting a full-scale leak investigation involving interrogations of the same seminarians and that the intent of the crackdown was to find out who provided documents to the news station.

The station said its information on the seminary’s leak investigation was based upon multiple sources speaking anonymously for fear of retribution from the seminary and the diocese.

However, both the diocese and the seminary deny that any leak investigation is occurring.

“There was not, and is not now, any leak investigation at the seminary,” Father John Staak, interim president-rector for Christ the King Seminary, told LifeSiteNews.

“There is no leak investigation at the seminary to find out who spoke with WKBW,” Staak said. “Our primary mission is the education of our students and the formation of our future priests, deacons, and pastoral ministers.”

“We encourage seminarians to come forward in the knowledge that their identities will be safeguarded to the best of our ability,” he added. “We are, in fact, pleased the seminarians stepped forward to voice their concerns to seminary officials regarding this incident. We would hope they continue to do so to help the healing process.”

The Diocese of Buffalo’s communications director, Kathy Spangler, affirmed Staak’s response and also provided the response that Michael Sherry, academic dean for the seminary, had given the news station late in the day Friday.

“There is no leak investigation,” Spangler stated to LifeSiteNews.