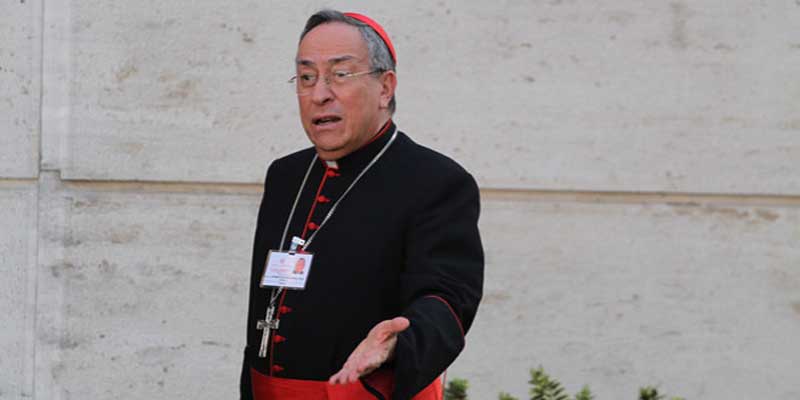 On the eve of the 2013 conclave, Cardinal Óscar Rodríguez Maradiaga busily phoned cardinal voters from the Honduran embassy in Rome. He was one of the conclave’s key kingmakers—and he was vigorously promoting then-Cardinal Bergoglio for pope.

That same day, Maradiaga attended a private meeting of Bergoglio supporters, including key revolutionaries from the St. Gallen mafia. Together, they tallied at least twenty-five votes for Bergoglio—who later opened, notably, with twenty-six. On the conclave’s second day, Maradiaga was back at work, shooting down a rival group’s lunchtime rumor that Bergoglio had only one lung. Four days later, the newly elected Pope Francis asked Maradiaga to head his powerful new Council of Cardinals.

Six years later, the pope and his “vice pope” are both accused of perpetuating “one of the worst crises in the history of the Catholic Church.” A new open letter addressed to the bishops of the Church accuses Pope Francis of being “guilty of the crime of heresy” and says “a heretical papacy may not be tolerated or dissimulated to avoid a worse evil.” The authors, many of whom are prominent priests and scholars, argue that Francis has now “publicly and pertinaciously” demonstrated belief in seven “interconnected” heresies—including one that legitimizes “many kinds of sexual activity outside of marriage.”

The 20-page letter asserts a crucial “link” between the pope’s “rejection of Catholic teaching” and his “protection and promotion” of dissident and immoral clerics. As the authors continue:

Canon law has traditionally considered that protecting, promoting and helping heretics can itself be evidence of heresy… By choosing heretical prelates for the most important posts in the Roman Curia, [Pope Francis] manifests an intention to impose these heresies upon the whole Church. By protecting clerics who are guilty of immoral and criminal sexual acts even when this protection causes grave scandal to the Church and threatens to lead to calamitous action by the civil authorities, he manifests disbelief in Catholic teaching on sexual morality…

The pope’s words and actions, the authors say, “amount to a comprehensive rejection of Catholic teaching on marriage and sexual activity, on the moral law, and on grace and the forgiveness of sins.”