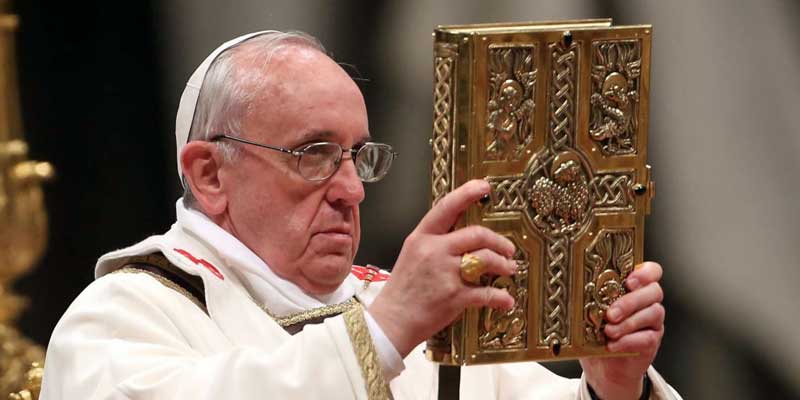 Prominent clergymen and scholars including Fr. Aidan Nichols, one of the best-known theologians in the English-speaking world, have issued an open letter accusing Pope Francis of committing heresy. They ask the bishops of the Catholic Church, to whom the open letter is addressed, to “take the steps necessary to deal with the grave situation” of a pope committing this crime.

The authors base their charge of heresy on the manifold manifestations of Pope Francis’ embrace of positions contrary to the faith and his dubious support of prelates who in their lives have shown themselves to have a clear disrespect for the Church’s faith and morals.

“We take this measure as a last resort to respond to the accumulating harm caused by Pope Francis’s words and actions over several years, which have given rise to one of the worst crises in the history of the Catholic Church,” the authors state. The open letter is available in Dutch, Italian, German, and Spanish.

Among the signatories are well-respected scholars such as Father Thomas Crean, Fr. John Hunwicke, Professor John Rist, Dr. Anna Silvas, Professor Claudio Pierantoni, Dr. Peter Kwasniewski, and Dr. John Lamont. The text is dated “Easter Week” and appears on the traditional Feast Day of St. Catherine of Siena, a saint who counseled and admonished several popes in her time.

The 20-page document is a follow-up to the 2017 Filial Correction of Pope Francis that was signed originally by 62 scholars and which stated that the Pope has “effectively upheld 7 heretical positions about marriage, the moral life, and the reception of the sacraments, and has caused these heretical opinions to spread in the Catholic Church,” especially in light of his 2016 exhortation Amoris Laetitia.