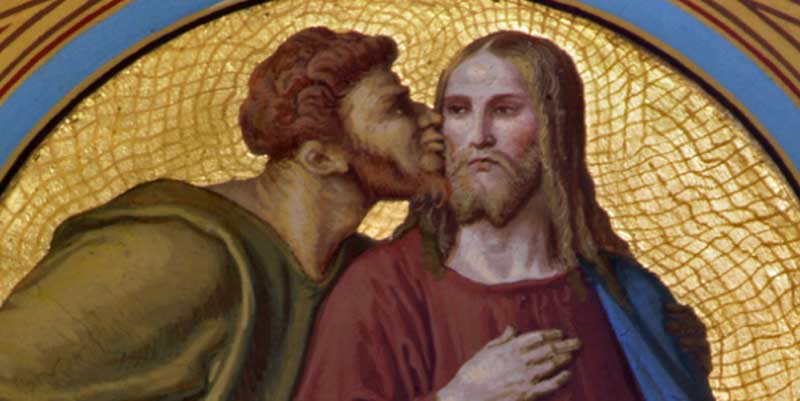 USA Today recently reported that “More Americans than ever are leaving the Catholic Church after the sex abuse scandal.”  The article states:

The Catholic Church in the U.S. is at a crossroads. As millions of devout followers filled the pews this Easter season to celebrate the religion’s most important holiday, others hovered at the door, hungry for community and spiritual guidance but furious at the church’s handling of the decades-long sex abuse crisis that’s resulted in young children being raped and abused by priests who were often protected by their superiors.

The failure of some priests and bishops is a poor excuse for abandoning Christ and His Church. Christ promised the gates of Hell would not prevail against His Church. He didn’t say that there wouldn’t be evil persons involved in the Church’s ministry.

Jesus’ disciples did not abandon Him because of Judas.  Neither should we abandon Christ’s Church because of today’s Judas priests and bishops.

We have every right to be angry about clerics who sexually abused members of their flocks and complicit bishops who covered-up their crimes.  But let’s not allow our just anger to be transformed into the sin by abandoning Christ and the one true faith.  That would be falling into Satan’s plan.

Instead, let’s recognize that each of us has been born into this place and time for a reason.  Its called divine providence.  We need to pray for discernment to understand God’s will for how we can assist in the cleansing of His Church.

Related post: God Chose You to Live in this Moment in Church History

We need to each commitment to growing in personal holiness through prayer, fasting, adoration and frequenting the Sacraments. We are engaged in the cosmic spiritual battle between good and evil, and we must employ spiritual weapons to fight this battle.

TAKE ACTION: Commit to fighting for our faith.