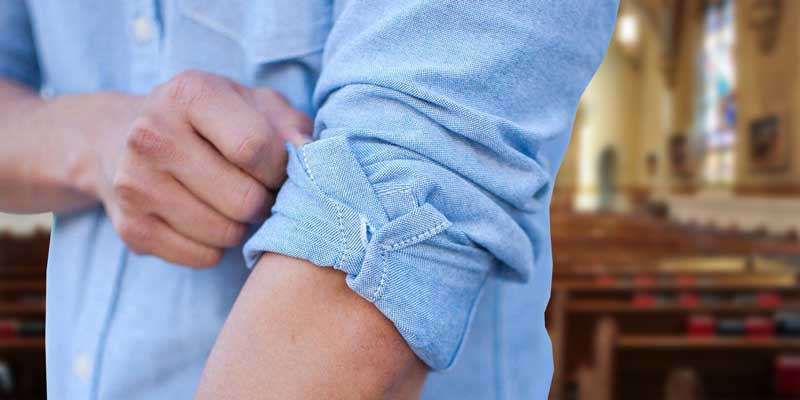 As Catholics around the world continue to reel from seemingly endless revelations of abuses of sex and power, do we want to give the devil another unearned victory?

Instead of finding solutions to the crisis, we Catholics are allowing Satan to play both ends against the middle, getting us to fight amongst ourselves about “clericalism” and “lavender mafias” and so forth, all to his advantage.

But let’s remember that Lent is about driving Satan back into the desert and being purified of our illusions so that we can more clearly see and hear the voice of the Lord.

What is the Lord calling the Church to now? The answer to that question is always the same and ever new. He is calling the Church to purification and perfection — as he always does — but one of the ways to do that in 2019 is to introduce new structures of accountability, some examples of which were recently highlighted by Peter Jesserer Smith’s excellent article for the Register of March 12 (“Laity Mobilize to End the Sex-Abuse Crisis and Reform the Church”).

Today we need a lot more people willing to play new — and permanent — roles in the governance of the Church. We need profound change to overcome the sex-abuse crisis. We need to take to heart what soon-to-be St. John Henry Newman once said, “To live is to change, and to be perfect is to have changed often” (Essay on Development).

I began writing about sex abuse in 1992 in Canada, but only since the summer of 2018 would I say the answer to that question has itself changed.

Previously many Catholics — and I was one of them — were in the habit of thinking the crisis confined to a diocese or two or three, or some wayward religious order, and the change was simple enough: Swap out the bad priests for good, or wait for the pope to change bishops, and then we could all get back to the status quo ante of living our lives in the fullness of the faith.

But since last summer, I have not talked to a single Catholic in North America, Europe, Australia or Malta who thinks the Church should return to the status quo. Today, there is a real and palpable desire for serious and far-reaching changes in which everyone in the Church — from the pope to parishioners and everyone in between — holds each other accountable.

TAKE ACTION: Fight for the Faith!