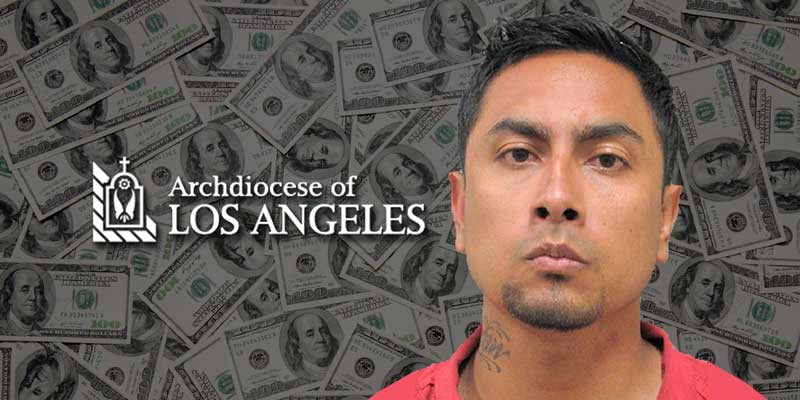 Archdiocese failed to take action despite repeated complaints of misconduct

The Archdiocese of Los Angeles has agreed to pay $8 million to a teenager who was sexually abused by the athletic director at her Catholic high school who had continued to work despite prior allegations of misconduct, it was announced Tuesday.

A court finalized the settlement last week of a negligence lawsuit, said David Ring, an attorney for the teenager.

The archdiocese has paid out more than $740 million in sexual abuse settlements over the past 15 years. Ring said the $8 million is the largest payment to a single individual in any of the cases.

“The Archdiocese recognizes that there was serious harm done to the life of the victim-survivor,” the archdiocese said in a statement. “We hope that the settlement will allow her to heal and move forward with her education and lifetime goals. The Archdiocese apologizes for the impact that this caused in her life.”

Juan Ivan Barajas, a health teacher and athletic director at San Gabriel Mission High School, began having sex with the girl, then 15, in 2016 and eventually kidnapped her, according to court documents.

He took her to Las Vegas after his wife discovered evidence of the abuse on his cellphone, the records said.

After five days on the run, Barajas was arrested and the girl was rescued.

The lawsuit alleged that the archdiocese failed to take action despite repeated complaints of misconduct by Barajas involving other students at the all-girls school.

Anonymous letters sent to school officials in 2015 contained allegations of misconduct by Barajas. One sent to Monsignor Sal Pilato, the assistant superintendent of high schools for the archdiocese, said: “He takes the ones he likes to the office,” the Los Angeles Times reported.

Read more at The Bulletin