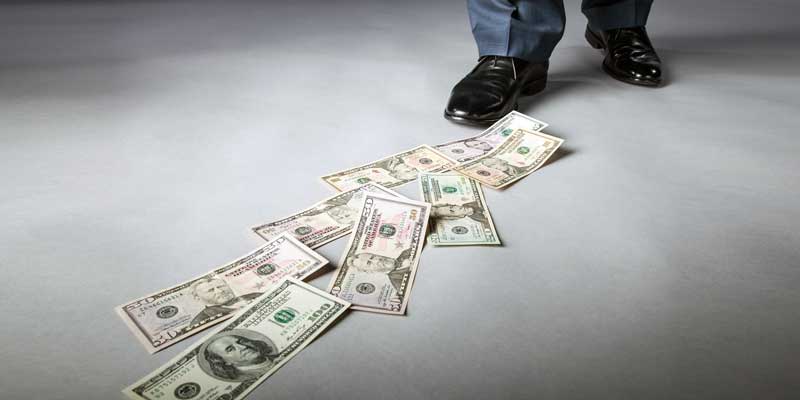 On January 4, 2013, a month before Pope Benedict resigned, the Italian Central Bank turned the lights off on the entire Vatican. The Vatican no longer had the ability to make any electronic financial transactions. Italian authorities asserted that the Vatican was not in compliance with international money-laundering rules. This was a clear message that put tremendous pressure on Pope Benedict. Part of the pressure, as we now know through public records, some of which will be detailed, was that there were indeed financial corruption and offshore accounts in powerful places within the Catholic Church — forces that would have been opposed to any effort of Pope Benedict to clean it all up.

Among the multiple public revelations, after Benedict resigned, of financial corruption at the Vatican, two stand out as good examples. The first is the prosecution of the Vatican bank’s president for a money-laundering scheme. The Vatican bank president was held responsible for losses of more than 62 million dollars from real estate sales — allegedly involving the selling of Vatican-owned real estate at under-value prices to offshore companies, then reselling the buildings at market rates, allowing the president of the Vatican Bank to allegedly make huge profits from the difference.

Earlier, before the public revelations of the financial corruption, Pope Benedict had appointed Cardinal Versaldi — at the time president of the Prefecture for Economic Affairs of the Holy See — to investigate two of the Church’s largest financial scandals. The first appointment was to the Legionaries of Christ, whose leader, Father Marcial Maciel, as it was publicly revealed later, personally managed an offshore account in Bermuda, where it is estimated that 300 million dollars went through annually. Cardinal Versaldi’s investigation began when Marcial Maciel was removed from his position for sexual abuse — including raping his own children as well as seminarians under his charge. He was also known for financial irregularities, including bribing Vatican officials with envelopes stuffed with money.

The second investigation that Cardinal Versaldi was appointed to, by Benedict, was of the Vatican hospital, the Istituto Dermopatico dell’Immacolata (IDI), where it was reported by Crux that men with bodyguards were taking shoeboxes full of money from the hospital to offshore accounts. Ultimately, in 2016, Italian authorities indicted 40 officers and employees of the IDI on 144 counts of bankruptcy fraud, money-laundering, and embezzlement. The IDI has been in the news recently because the grant-making Papal Foundation, started by former Cardinal McCarrick, had given this hospital 25 million dollars with the direction of one of its board members, Cardinal Wuerl of Washington, D.C., and at the request of Pope Francis. When the donors to the Papal Foundation of the 25 million dollars requested that their money be returned because of the money-laundering problems at the IDI, Pope Francis canceled for the first time his annual meeting with the donors.

Another Papal Foundation board member (there are only nine, and others are notorious) is Cardinal Maida. (Maida constructed the failed 74-million-dollar JPII cultural center in D.C.) Cardinal Maida had also been on the five-member cardinal board that controls the Vatican bank (IOR). This means he was one of a panel of five cardinals directly in charge of the Vatican Bank for the pope. Among other powers that the Cardinal Commission holds is the hiring and firing of Vatican Bank employees and the lay membership board that manages the bank, as well as deciding where to direct the profits of the Vatican Bank, which last year were 31 million dollars.