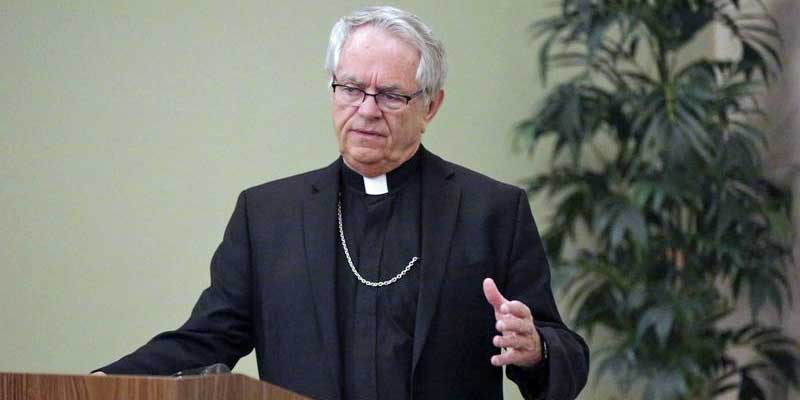 The Catholic Diocese of Las Vegas released a list on Friday of 32 priests and one volunteer “credibly accused” of sexual abuse who served in the Las Vegas Valley.

“I want to offer on behalf of this diocese a heartfelt apology and certainly our commitment to do the best we can do to prevent anything like this from happening again,” Bishop George Leo Thomas, who heads the Las Vegas diocese, said at a news conference Friday. “

“Anytime a complaint comes, it will be forwarded on to the local police jurisdiction,” he said.

Reno’s list included Monsignor Robert Anderson, who died in 1978 but in 1993 was accused of sexually abusing a Henderson boy between 1965 and 1969, according to a lawsuit the victim filed when he was 41. The man said the abuse began when he was about 13.