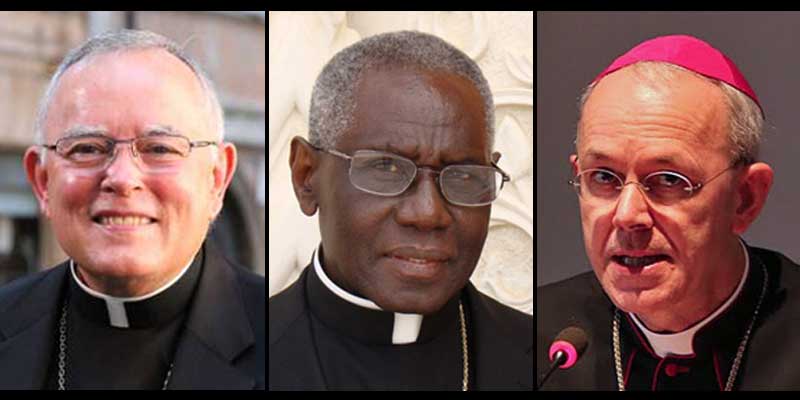 One of the lessons of both the history of Israel and the Church is that it is unwise for the faithful to tie their sense of emotional and spiritual well-being to the words and actions of those who rule over them. This fact is highlighted with both clarity and brio by the 2018 book by Rod Bennett: Bad Shepherds: The Dark Years in Which the Faithful Thrived While Bishops Did the Devil’s Work.

As Bennett points out, thirty-one out of the thirty-eight Hebrew kings were bad who ruled over a kingdom divided into northern and southern parts. The batting average is much higher with popes: out of the 266 who have reigned over two millennia, fewer than two dozen have been involved in serious malfeasance.

In perhaps the darkest hour in Church history, when the Arian heresy had taken over the Church, historians estimate that eight out of ten Catholic bishoprics succumbed to the apostasy. While most of the prelates who attended the First Council of Nicaea affirmed the word consubstantial, the hierarchy had embraced Arianism by the time of the Council of Milan because of persecution from Constantius.

Further evidence that it is not prudent to tie our wagon to the Prelate Star is revealed in the case of St. John Fisher. Fisher, who is often overshadowed by St. Thomas More, was the only bishop to refuse the Oath of Succession declaring Henry VIII head of the Church in England and lost his head for it.

When we look at the contemporary ecclesial landscape, we should never limit what the Holy Spirit can do, but any optimism needs to be tempered by certain realities. For example, in looking at the Catholic Church in America, (1) our de facto leader is the heterodox, zeitgeist puppet Cardinal Blaise Cupich; (2) homosexualist priest Fr. James Martin has been given almost carte blanche in peddling his lavender gospel; and (3) the USCCB voted 137-83, with three abstaining, to not encourage the Holy See to release all documents concerning allegations of sexual misconduct by the recently defrocked ex-Cardinal McCarrick.

In turning our gaze to the Vatican, it’s nice to daydream about Cardinal Robert Sarah becoming pope someday, but, again, such hopes need to be tethered to certain facts on the ground. In recent years, Pope Francis has remade the composition of the College of Cardinals so that nearly half of the men who will choose the next pope were selected by the present pontiff.

The faithful Catholic laity naturally longs to hear their leaders speak out and be the voice of orthodoxy in a troubled time. Perhaps a good way to look at this problem is through the lens of a “kitchen table” issue that many Catholic families experience.

Let’s say the husband works full-time and the wife is a stay-at-home mother with five kids. His paychecks are big enough that they can make ends meet without depending on his year-end bonus. However, that bonus sure comes in handy and can play an important role in upgrading a family vacation or getting new carpet in the family room.

The daily life of the laity, which involves remaining in a state of grace and pursuing a vibrant orthodoxy, is the regular paycheck; the year-end bonus is the voice of orthodoxy coming through the words and the lives of the priests and prelates. The latter isn’tabsolutely necessary (remember the days of Henry VIII) for our daily spiritual and emotional health, but it sure can put a spring in your step for a day or two.