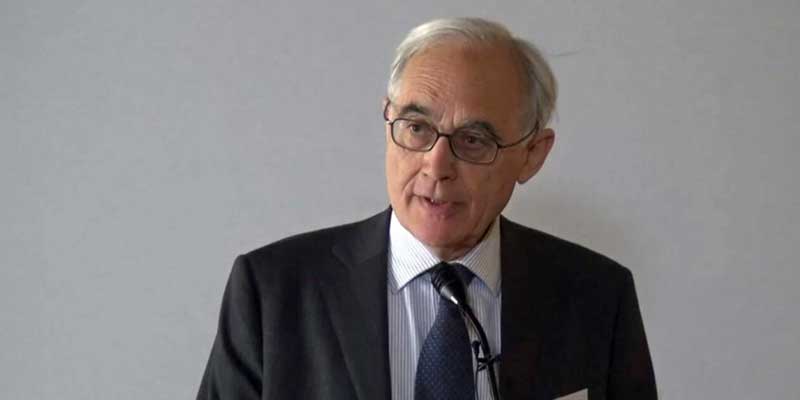 OnePeterFive presents this exclusive interview of Professor Roberto De Mattei, President of the Lepanto Foundation, with Italian journalist Aldo Maria Valli – one of the Italian journalists who helped publish the Vigano testimony in August 2018. As he usual, Professor de Mattei offers frank and thought-provoking insight and analysis.

Aldo Maria Valli: Professor De Mattei, not a day passes without this pontificate causing new confusion and doubts for many of the faithful. The declaration about other religions made at Abu Dhabi has provoked a great amount of concern. It seems there is no way of avoiding the fact that it is problematic. How do you interpret it?

Professor Roberto De Mattei: The Abu Dhabi declaration made on February 4, 2019, signed by Pope Francis and the grand imam of Al-Azhar affirms that “the pluralism and the diversity of religions, color, sex, race and language are willed by God in His wisdom, through which He created human beings.” This affirmation contradicts the teaching of the Church, which says the one true religion is the Catholic religion. In fact, it is only by Faith in Jesus Christ and in His Name that men can attain eternal salvation (cf. Acts 4:12).

On March 1, during the ad limina visit of the bishops of Kazakhstan to Rome, Bishop Athanasius Schneider expressed his perplexity to Pope Francis about the Abu Dhabi declaration. The pope replied to him that “the diversity of religions is only the permissive will of God.” This answer is deceptive, because it seems to admit that the plurality of religions is an evil permitted by God but not willed by him, but the same is not true of the diversity of sexes and races, which are positively willed by God. When Bishop Schneider expressed his objection to him, Pope Francis admitted that the phrase “could be understood erroneously.” Yet the pope never corrected or rectified his affirmation, and in fact the Pontifical Council for Interreligious Dialogue, at the request of the Holy Father, directed all bishops to see to the widespread diffusion of the Abu Dhabi declaration so that it “may become an object of research and reflection in all schools, universities and institutes of education and formation.”

The interpretation which is thus being spread is that the plurality of religions is a good thing, not an evil that is merely tolerated by God. It seems to me that these deliberate contradictions are a microcosm of the entire pontificate of Pope Bergoglio.

How would you, as a historian of the Church, summarize the past six years?

As years of hypocrisy and lies. Jorge Mario Bergoglio was chosen because he appeared to be a bishop who was “humble and profoundly spiritual” (thus did Andrea Tornielli salute him in La Stampa), one “who would reform and purify the Church.” But none of this happened. The pope did not remove the most corrupt prelates either from the Roman Curia or from individual dioceses. He has done so only when, as in the McCarrick case, he was forced to by public opinion. In reality, Francis has revealed himself to be a political pope, the most political pope of the last century. His political persuasion is that of left-wing Peronism, which detests, in principle, every form of inequality and is opposed to Western culture and society. When transferred into the ecclesiastical realm, Peronism joins with liberation theology and leads to an effort to impose synodal democratization on the Church, which strips her of her essential nature.

The summit on sexual abuse seems as though it has already been forgotten. It was full of nice-sounding expressions which the mainstream media trumpeted, but it did not lead to anything new. In general, how do you judge the way in which the Holy See is addressing this crisis?

In a clearly contradictory way. The anti-abuse norms that have just been approved by Pope Francis circumvent the real problem, which is the relationship between the tribunals of the Church and the civil courts, or, seen more broadly, the relationship between the Church and the world. The Church has the right and duty to investigate and judge those accused of crimes that violate not only civil laws but also ecclesiastical laws, established by canon law. In this case, it is necessary to open a regular penal trial in a Church tribunal that respects the fundamental rights of the accused and is not conditioned by the results of any civil trial.

Today, instead, in the case of Cardinal Pell, the Vatican has said it will open a canonical trial, but first it needs to “wait for the outcome of the [civil] appeals process.” In the case of Cardinal Barbarin of France, condemned to six months in prison with probation and also awaiting an appeals process, there has similarly been no announcement of any canonical trial. When Cardinal Luis Francisco Ladaria, prefect of the Congregation for the Doctrine of the Faith, was called to testify in the Barbarin case by the judges in Lyon, the Vatican invoked diplomatic immunity, but it did not do this for Cardinal Pell. This policy of different standards for different people is part of the climate of ambiguity and duplicity we are living in.