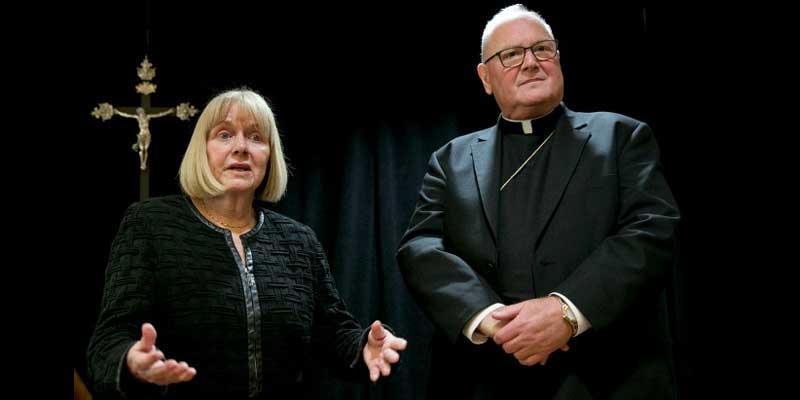 Church Militant has learned that Cdl. Timothy Dolan is reportedly refusing to act immediately to remove priests alleged to have engaged in sexual misconduct.

“I’ve given you a lot to do, judge, but I need your help if I am going to respond to my people’s plea for accountability, transparency and action,” Dolan said at the press conference announcing her appointment. “I look forward to receiving your recommendations and your insights, and I pledge that I will take them all with utmost seriousness.”

Dolan is reportedly ignoring Jones’ recommendations to remove a number of priests from active ministry.Tweet

But Church Militant has confirmed that Dolan is reportedly ignoring Jones’ recommendations to remove a number of priests from active ministry. According to reliable sources, several weeks ago Jones recommended that Dolan remove faculties from 6–8 priests based on allegations of sexual misconduct. Dolan has failed to act on her recommendations, causing friction with the former judge.

Dolan is allegedly waiting until June, the annual time of priestly transfers and reassignments, hoping to quietly remove the priests on Jones’ list by allowing their names to blend in with the yearly clerical shuffle.

Church Militant sent queries to the New York archdiocese as well as Jones, but received no response as of press time.

Church Militant has learned that Jones, who charges approximately $750 per hour, has already been paid approximately half a million dollars by the archdiocese since her investigation began in September.

Jones has already been paid approximately half a million dollars by the archdiocese since her investigation began in September.

The firm hired to help in the investigation, Renaissance Associates, is also costly, and is made up of former FBI investigators and U.S. postal inspectors who specialize primarily in corporate matters and not in sex crimes.