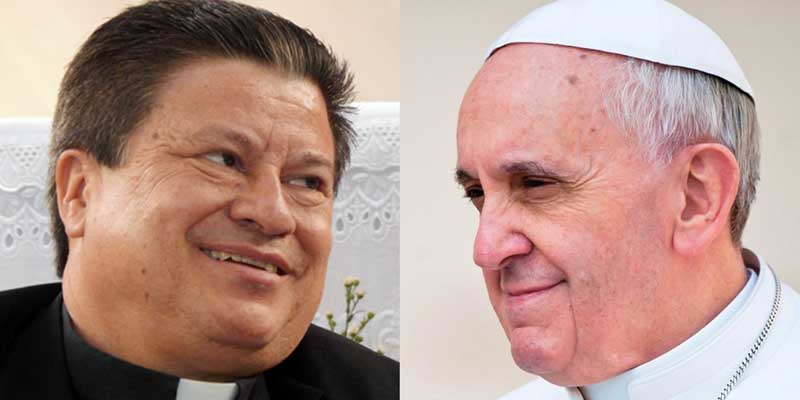 From National Catholic Reporter in December 2018:

Two abuse survivors are asking the pontiff to meet with them during his January trip to Panama, hoping to press the pope on his appointment of an archbishop in neighboring Costa Rica who they say covered up for their abuser.

Maikol Rodríguez Solera and Anthony Venegas Abarca say that, as a church official in the early 2000s, now-Archbishop José Rafael Quirós failed to heed their reports about Fr. Mauricio Víquez Lizano, who was only removed from ministry this year.

Revelation of the request for a papal meeting over abuse in Costa Rica comes as Latin America experts have wondered how Francis’ traditional focus during trips to the region on issues such as economic inequality could be affected by the ongoing abuse crisis.

In email interviews with NCR, Rodríguez and Venegas said they are seeking time with Francis to explain the pain of their experience waiting for their abuser to be held to account.

“I would love for him [Pope Francis] to want to meet with us so we can personally tell him what we have lived,” said Rodríguez, who said that he and Venegas made their request for a meeting through Juan Carlos Cruz, one of three Chilean abuse survivors who met Francis earlier this year.

“We hope that Pope Francis, acting with zero tolerance … [will] apply the corresponding canonical sanctions,” Rodríguez said about Quirós. “We have asked Pope Francis to have a meeting on his trip to Panama in January to personally show him evidence of these crimes.”

Venegas said he first reported his abuse by Víquez to Quirós in 2003, when the future archbishop was serving as the vicar general of the San Jose archdiocese. The survivor said Quirós kept the priest in ministry and continued to appoint him to official roles even after becoming archbishop 10 years later.

The archdiocese of San Jose has not responded to requests for comment about Rodríguez and Venegas’ claim.