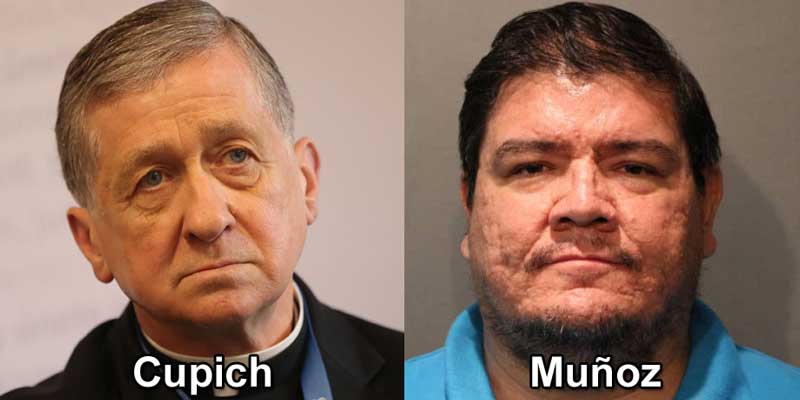 They also found “undergarments of a size intended for children.”

Muñoz was rector of the now-defunct Casa Jesus, a seminary for Latin Americans established by the late Cdl. Joseph Bernardin in the late 1980s for the purpose of recruiting homosexual seminarians.

Father John Lavers, who headed a top-level 2012 investigation at Holy Apostles Seminary in Hartford, Connecticut exposing a homosexual pipeline from South America to East Coast seminaries, confirmed with Church Militant that Bernardin led the vanguard in recruiting and funneling homosexuals from Latin America to Casa Jesus in Chicago.

Cupich quietly shut down the seminary in 2016 after multiple gay scandals, including the regular frequenting of gay bars by seminarians, as well as priests connected to Casa Jesus being accused of sexual misconduct.

“When I was at Casa Jesus, I used to go to gay bars, bring my friends. They didn’t say anything,” said former seminarian Luis Stalin to NBC Chicago. Stalin said the rule for celibacy was often ignored.

A Chicago priest who spent time at Casa Jesus, and who asked not to be named, spoke with Church Militant and confirmed the rampant homosexual subculture. “The rector knew. Everybody knew,” he said.

The incident involving Muñoz was the final scandal that led to the seminary’s closure.