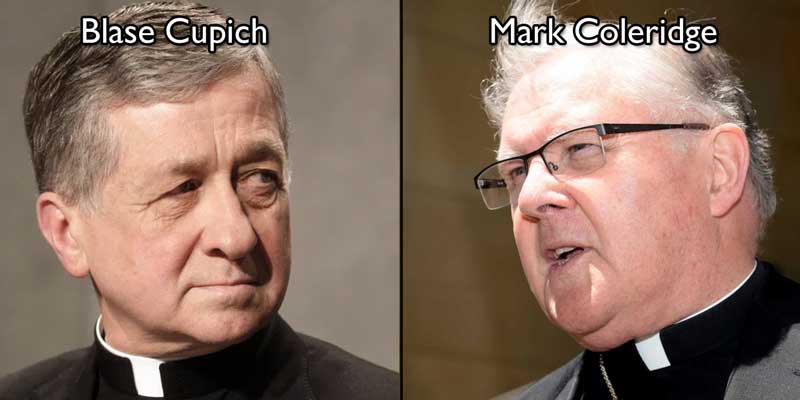 Back in December, Cardinal Blase Cupich together with the rest of the organizers of the Summit on Clerical Sex Abuse sent a letter to participants urging each episcopal conference president to visit abuse survivors in advance of the February meeting.

“The first step must be acknowledging the truth of what has happened,” the letter says, noting that without a “comprehensive and communal response,” the healing of victim survivors cannot take place, and the “very credibility of the Church” will be in “jeopardy.”

“For this reason, we urge each episcopal conference president to reach out and visit with victim survivors of clergy sex abuse in your respective countries prior to the meeting in Rome, to learn first-hand the suffering that they have endured,” the letter adds.

But sometimes words are not followed-through with the appropriate action.

In an email sent to Complicit Clergy, a complainant (who has asked to remain confidential) explained that this request apparently did not apply in her case. She had made multiple attempts to contact prelates in her native Australia in advance of the Sex Summit to discuss her complaint against Brisbane’s Archbishop Mark Coleridge (recent news reports confirm that an investigation is now underway).

After her requests were reportedly ignored by local bishops, she then reached-out directly to Cardinal Blase Cupich on January 10th and then again on January 30th.  The complainant finally received a response from Cardinal Cupich’s Secretary, Rev. Kevin Birmingham, on February 1 telling her to file a complaint with the Australian Papal Nuncio, which is what she had attempted to do in the first place.

“It appears to me that Cardinal Cupich has been complicit in covering this up for Archbishop Coleridge”, the complainant states in her email.  “I was absolutely infuriated to see him [Archbishop Coleridge] give the final sermon [at the Summit].”

Whether Cupich was actually trying to cover for Coleridge is yet to be determined.  But chances are, he did not want this complainant to jeopardize the Summit agenda which Coleridge as the closing homiest. However, Cupich apparently did not obviously consider how bad the optics on this would appear for people to discover after the fact that the closing homilist for the Summit was himself a man that was the subject of a complaint.