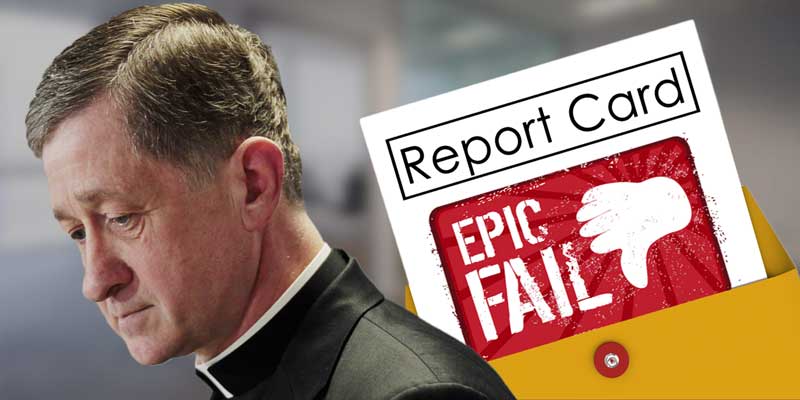 The votes have been counted and the results are in: Cardinal Blase Cupich has earned an “Epic Fail” for his role in organizing last week’s Sex Abuse Summit in Rome.  Headlines from both the Catholic and secular media alike show the Summit was essentially worthless:

A prime example was Cardinal Cupich’s own address at the Summit. Most people will find it difficult to listen to more than 5 minutes of this gibberish without falling asleep.  Here’s an exercise you can use to try to keep your eyes open – count the number of #FrancisBuzzWords uttered by Cupich (hint: synodality, collegiality, discernment, accompaniment, etc.).

Blase Cupich demonstrated once again that he is actually part of the problem when it comes to the issue of sexual abuse.  No progress can actually be made as long as men like Blase Cupich are in-charge.