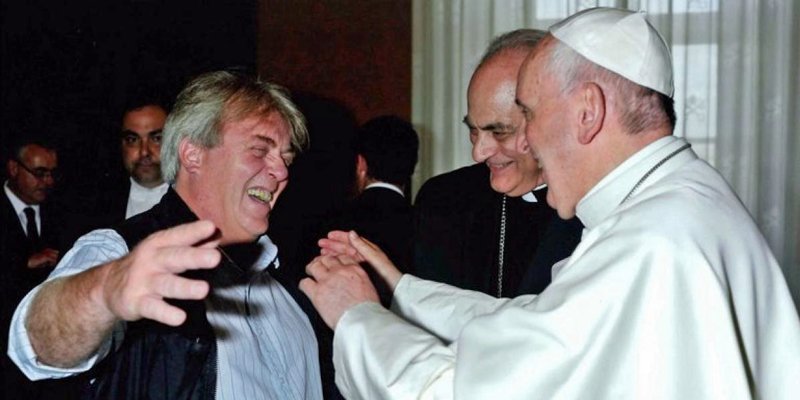 Natacha Jaitt, the Argentina whistleblower found dead this past weekend, conducted an interview in April 2018 that some now say may be linked to her death. Jaitt conducted a 20-minute interview with a man named Artyom Reshetnyak who claimed to have evidence linking Gustavo Vera and his friend Jorge Bergoglio (Pope Francis) to criminal activity.

Gustavo Vera is president of an organization called La Alameda.  The group’s stated mission is to fight against human trafficking, slave labor, child exploitation, prostitution and drug trafficking.  However, Reshetnyak claims this is simply a front organization that actually facilitates these criminal activities.

Gustavo Vera and Jorge Bergoglio became friends when while Bergoglio was Archbishop of Buenos Aires. Reshetnyak alleges that Bergoglio financially supports the criminal activities of La Alameda and is engaged in human trafficking of sex workers to Rome.

Autopsy reports indicate that Natacha Jaitt may have died of a drug overdose.  However, the murder of 16-year-old Lucia Perez (mentioned in the video) was staged to look like a drug overdose.

It it uncertain whether the claims being made it this video are true.  However, this information needs to be investigated by the appropriate law enforcement officials to determine the truth.