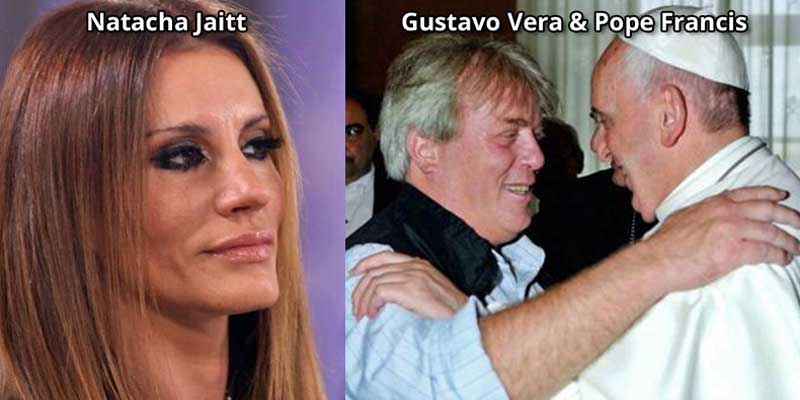 Church Militant reports that Natacha Jaitt died two weeks before she was scheduled to give court testimony against Gustavo Vera, whom she accused of sex trafficking.

LaCapital reports Natacha Jaitt died as a result of “respiratory failure due to acute pulmonary edema secondary to multiorgan failure,” according to the forensic doctors who performed the autopsy in the judicial morgue of San Fernando, judicial sources informed. Meanwhile, the general prosecutor of San Isidro, Beatriz Molinelli, ordered this Saturday to create a special team of three prosecutors to investigate the death of model Natacha Jaitt in the Buenos Aires town of Benavídez, judicial sources reported.

Ciudad Magazine reports the investigation of the tragic death of Natacha Jaitt (41), who was found dead at dawn on Saturday 23, in a complex for events of La Ñata, Benavídez, generated new hypotheses. Although the autopsy is still ongoing and the cause of death is not known with determination, a police doctor who went to the scene of the death informed that Natacha “does not show signs of external violence, having been his death a possible cerebrovascular accident produced for the ingestion of alcohol and cocaine. ”  “THEY FOUND DRUG DISCARDED IN A SEWER, AS IF SOMEONE HAD RUN AWAY FROM THE PLACE AND THROWN AWAY THE DRUG, THEY KIDNAPPED A MOTORCYCLE AND A VERY IMPORTANT CELL PHONE.”

Natacha Jaitt, a model from Argentina, was found dead this morning in the town of Villa La Ñata.  She was 41 years old.  Jaitt gained international notoriety when she when went public with accusations of human trafficking against Gustavo Vera, a close friend of Pope Francis.  Here’s what we know so far:

Model and driver Natacha Jaitt was found dead this morning at a complex for events in the town of Villa La Ñata, in the Buenos Aires Tigre party.

As it transpired, two people who were in the place made a call to 911 and said that there was a person who had vanished.

Up to the complex for Xanadu events, Isla Verde 644, an ambulance arrived from the Emergency Service of Tigre and the doctor Evangelina Serrano found that Jaitt was dead.

This morning there were troops from the Buenos Aires police and it was expected that at 11 o’clock the autopsy would be performed.

The investigation was carried out by prosecutor Sebastián Fitipaldi, from the decentralized Functional Instructional Unit (UFI) of Benavídez.

We featured a video of Natacha Jaitt’s accusations on our blog several months ago (see below).  Key time segments in the video are listed below:

After her appearance on Mirtha Legrand’s talk show and the resulting controversy over her accusations against Vera, Jaitt tweeted, “Notice: I will not commit suicide. I won’t be bought off or drown in a bath tub, nor will I shoot myself in the head. So, if that happens: I wasn’t me. Save this tweet.” 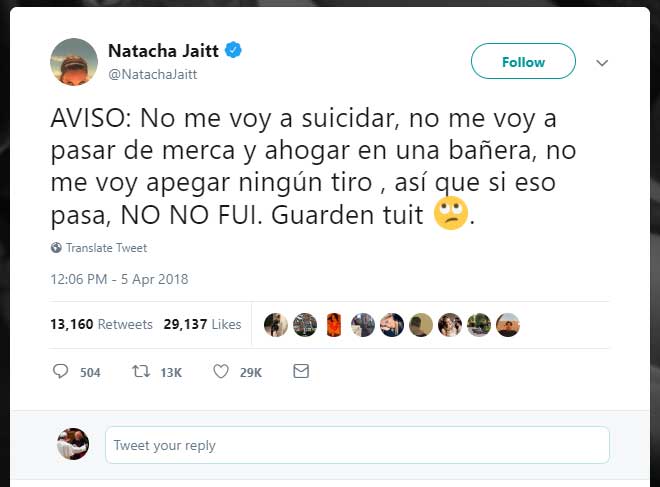 Please pray for the repose of her soul.