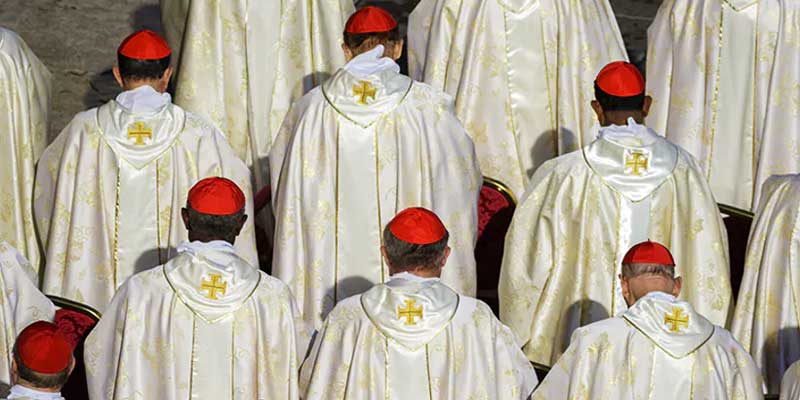 The publication of In the Closet of the Vatican by the French gay polemicist Frédéric Martel has been meticulously timed to coincide with Pope Francis’s ‘global summit’ of bishops to discuss the sexual abuse of minors. The book appeared in eight languages on Thursday morning, just as the gathering began. It is being hyped as a ‘bombshell’ that will ‘blow apart’ the summit.

We shall see. Certainly many Catholic priests are more interested in Martel’s exposé than in Francis’s initiative. The author spent four years researching the subject of high-ranking gays in the Catholic church. Forty-one cardinals spoke to him. That seems brave, given that Martel is an LGBT campaigner and some of those cardinals are thunderous opponents of the gay lobby. They must have been worried that they’d be stitched up if they refused. Also, some of them presumably wanted to find out what dirt he had on them.

Meanwhile, In the Closet of the Vatican bears the fingerprints of Francis’s closest advisors, presumably acting without his knowledge. I don’t know why they allowed Martel to publish his book now, when it can only embarrass the Pope. I do know that they are playing a nasty game.

More of that in a minute. You must be wondering, like all those priests who’ve pre-ordered the book on Amazon, precisely what Martel reveals. That’s difficult to answer, because he’s not into providing proof. He prefers insinuation — not just a soupçon but great dollops of it, with a side dish of cod psychology.

Read more at the Spectator