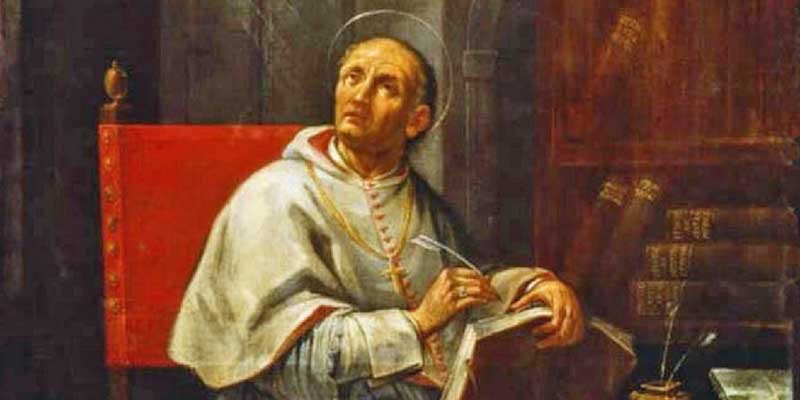 Speaking of homosexuality, during the Rome “summit”, on 23 February, we will celebrate the feast of St Peter Damian (d 1072), Doctor of the Church.

St. Peter was a spectacular theologian and reformer.  One of his hardest hitting works is the Liber Gomorrhianus, which blasts, among other sins, pederasty and homosexuality in the clergy.

Let’s just say that St Peter addresses the problem through language that is atypical these days.  He conveys his, and God’s, thoughts on the matter without the cowering equivocations in which we are lately so mired.

That is the real topic that the “summit” in Rome ought to be tackling head on.  And everyone knows it.

“Indeed, this scourge destroys the foundations of the faith, weakens the forces of hope, dissolves the bonds of charity, annihilates all justice, undermines fortitude, eliminates hope, and dulls the edge of prudence.

“And what else shall I say? For it [the sin of sodomy] expels all the forces of virtue from the temple of the human heart, and, as if pulling the door from its hinges, allows the entrance of every barbarity of vice ….

“In effect, the one whom …. this most atrocious beast has swallowed down its bloody throat is prevented, by the weight of its chains, from practicing any good work, and is precipitated into the abysses of his uttermost iniquity.

“Thus, as soon as someone has fallen into this abyss of extreme perdition, he is exiled from the heavenly motherland, separated from the Body of Christ, censured by the authority of the whole Church, condemned by the judgment of all the Holy Fathers, despised by men on earth and rebuked by the society of heavenly citizens. He creates for himself an earth of iron and a sky of bronze.

“On the one hand, laden with the weight of his crime, he is unable to rise; on the other hand, he is no longer able to conceal his evil in the refuge of ignorance. He cannot be happy while he lives nor have hope when he dies, because here and now he is obliged to suffer the ignominy of men’s derision and, later, the torment of eternal condemnation.”