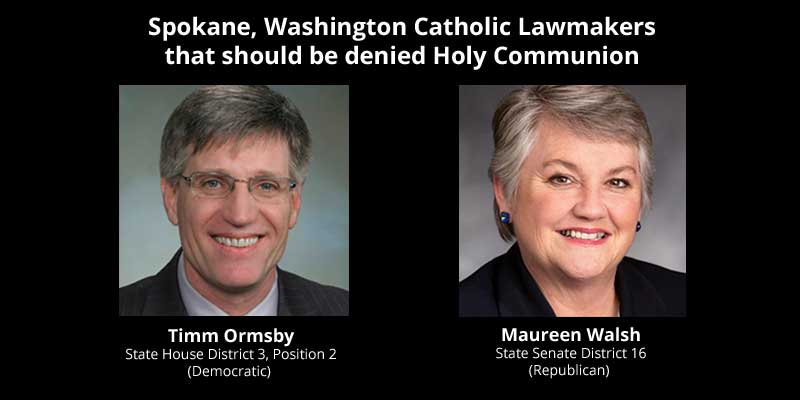 On February 1, 2019, Bishop Thomas Daly of the Diocese of Spokane issued a pastoral letter stating that politicians who reside in the Catholic Diocese of Spokane, and who obstinately persevere in their public support for abortion, should not receive Communion without first being reconciled to Christ and the Church (cf. Canon 915; “Worthiness to Receive Holy Communion. General Principles.” Congregation for the Doctrine of the Faith, 2004).

In addition to supporting abortion, these two politicians have also supported the redefinition of marriage, which is  strictly prohibited by Catholic teaching (see Considerations Regarding Proposals to Give Legal Recognition to Unions Between Homosexual Persons, 2003).

Catholic priests and extraordinary ministers have a moral obligation to deny Holy Communion to these politicians until such time that they have publicly renounced their prior support for these issues and have been formally reconciled to the Catholic Church by receiving the Sacrament of Reconciliation.