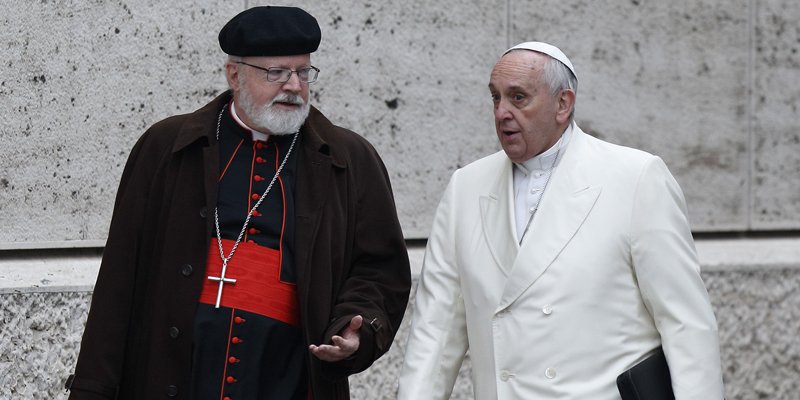 Cardinal Sean O’Malley of Boston, chief adviser to Pope Francis on protecting children from sexual abuse, called a meeting with top papal aides in 2017, concerned the Vatican wasn’t living up to its promise of “zero tolerance.”

An appeals panel set up by the pope had reduced the punishments of a number of Catholic priests found guilty of abusing minors. In some cases, the panel canceled their dismissal from the priesthood and gave them short suspensions instead.

“If this gets out, it will cause a scandal,” Cardinal O’Malley told Cardinal Secretary of State Pietro Parolin, in effect the pope’s prime minister, and other Vatican officials, according to a person present. No action was taken to address the issue.

The Catholic Church’s handling of the long-running crisis over clerical sex abuse has exposed fissures within its hierarchy. Activists and some church leaders hoped the Vatican would take a tougher stance on abuse under Pope Francis—and thought a meeting next week at a global summit of bishops would make progress toward that goal.

Instead, the opposite has happened, deepening the gap between the Vatican and U.S. church leaders, who have pushed for a more stringent response. No clearer is the rift than in the relationship between Pope Francis and Cardinal O’Malley, a bearded Capuchin friar who likes to be called “Cardinal Sean.”

After his 2013 election, the pope made Cardinal O’Malley the Vatican’s point man on sex abuse. The American, who typically wears a simple brown habit and sandals, exemplified the humility that Pope Francis espoused for the church’s hierarchy. The cardinal had earned a reputation for rigor in managing sex-abuse crises in Boston and other U.S. dioceses. The pope shared Cardinal O’Malley’s rhetoric on abuse, promising “tolleranza zero.”

Today, interactions between the pope and the cardinal, previously friendly and spontaneous, have become noticeably formal and terse, says a person who has observed them together.

The Boston cardinal’s influence has declined to the point where, in November, the pope excluded him from the organizing committee of next week’s summit, which had been Cardinal O’Malley’s idea.