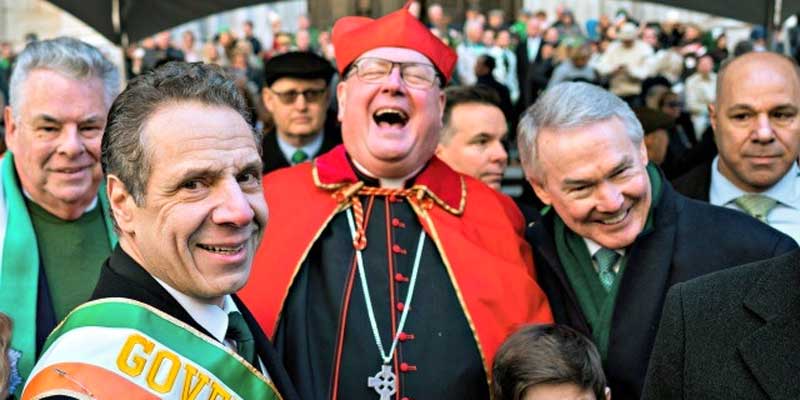 John Zmirak, senior editor at The Stream and author of The Politically Incorrect Guide to Catholicism, said Gov. Andrew Cuomo (D-NY) should be excommunicated from the Catholic Church following New York’s passage of a law codifying abortion as a “fundamental right” across the Empire State.

“It’s not surprising when you consider who the bishops are and their lack of a spine,” said Mansour. “But you’d figure that there would be some attempt to chastise these Catholic politicians who run on their Catholicism, these Catholic Democrats who voted for this horrible thing that is in such obvious violation of their Catholic faith. But no. Nothing.”

“[The Right to Life Party] had a slot on the ballot [in New York] up until the late 1980s,” recalled Zmirak. “The pro-life movement was actually quite strong in New York until the last 15 years, and that’s what’s really interesting to me. The pro-life cause was actually 50-50 in New York until quite recently, and what changed it was immigration. What’s changing it everywhere is immigration.”