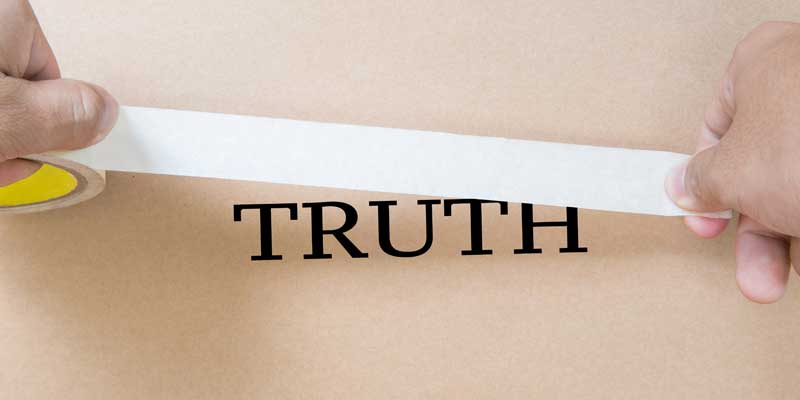 Introduction: the “Abuse of Minors” Ruse

The homosexual priest and bishop scandal has erupted anew, just as I predicted in an article for this journal seventeen years ago, concerning the useless “pedophile summit” in Rome, presided over by none other than ex-Cardinal McCarrick, the serial sexual abuser of seminarians and altar boys Pope Bergoglio was finally forced to discipline after having rehabilitated him in full knowledge of his past. The 2002 Roman junket for well-fed prelates was cunningly designed to avoid the issue of homosexual activity among the clergy and their “consenting adult” partners in sodomy.

With vipers like McCarrick running the show, the participants would never get anywhere near the third rail of rampant homosexuality in the post-Vatican II priesthood. The problem, we were told, was “abuse of minors” by pedophiles—an outright lie designed to conceal the widespread homosexual corruption of Catholic clergy. I attended the event as a reporter for The Remnant, confronting McCarrick personally at a press conference during its worthless proceedings. Herewith my question and McCarrick’s supremely deceptive and hypocritical answer, a carefully worded nod to the continuing ordination of homosexuals so long as they profess not to have been “active”:

Ferrara: Nearly every single case has involved an adolescent and does not constitute a true case of pedophilia. So, we’re dealing with the acts of homosexual males who could not control their predilection. To avoid what would be a perpetual bumper crop of this type of scandal, is the hierarchy in North America going to enforce the Vatican’s [1961] Instruction that homosexual males simply should not be ordained?

McCarrick: I think certainly every seminary in the country has a program that says, “anyone who is an active homosexual should never be admitted.” I don’t know of any bishop in the country who would allow someone who had been actively involved in homosexuality to enter a seminary. I don’t think any bishop would allow anyone who was actively engaged inheterosexual [his emphasis] activity right before they went in to enter the seminary.

We believe in celibacy. It’s not the easiest road in today’s crazy world, but we believe in celibacy. We believe that if you practice celibacy with all your heart, with all your love, you can be free to serve God’s people, to serve God in a beautiful way. If someone gets into a seminary, and that question is not asked, that’s a terrible thing. But any seminary that I know, you say, “have you been acting celibately up until now?”

Knowing what we now know about McCarrick’s crimes, which forced even Bergoglio to remove him from the College of Cardinals when the media heat became too intense, consider the Washington Post’s glowing description of his role back then as the “leading spokesman … national leader… [and] most sensible voice” on “the sexual abuse crisis” in the Church, who “understands the depth of the problem” of “abuse of minors”—which he himself had committed!

If only it were a joke. One of the most cunning snakes in a brood of vipers—“the crafty McCarrick” I called him at the time—was put in charge of misdirecting the focus of the meeting to “abuse of minors” by “pedophiles” instead of sodomy between priests and young adult males. As for “consensual” sodomy between priests and their fellow priests or other “consenting adults,” that would not even be mentioned, much less addressed.  Protection was thus assured for the “gay Mafia” that now afflicts the Church as never before.

Bergoglio has made his own novel contributions to Operation Homo Coverup. While coddling homosexual associates and refusing to identify homosexual infiltration of the hierarchy as the root problem (see below), he condemns instead an ill-defined “clericalism” as the cause of the “abuse of minors,” thereby adding another layer of rhetorical misdirection to the phony “abuse of minors” narrative.

In the immediate aftermath of the devastating Grand Jury report last August on widespread homosexual predation in the dioceses of Pennsylvania, much of it covered up by Cardinal Wuerl, Bergoglio issued a “Letter to the People of God” in which he decries “clericalism,” not homosexual predation: “Clericalism, whether fostered by priests themselves or by lay persons, leads to an excision in the ecclesial body that supports and helps to perpetuate many of the evils that we are condemning today. To say ‘no’ to abuse is to say an emphatic ‘no’ to all forms of clericalism.”

But what about “saying an emphatic no” to all forms of homosexual activity? The subject finds no mention in the sanctimonious missive, which dares to imply collective guilt of the faithful for the depraved acts of priests and bishops: “I invite the entire holy faithful People of God to apenitential exercise of prayer and fasting [his emphasis], following the Lord’s command. This can awaken our conscience and arouse our solidarity and commitment to a culture of care that says ‘never again’ to every form of abuse.”  It is not our consciences need awakening, nor is it we who are obliged to do penance for the homosexual molestation of boys by sexual perverts who should never have been ordained to the priesthood and should have been laicized the moment their perversion came to light.

Bergoglio cannot even bring himself to state clearly that the “abuse” in question involves the acts of homosexuals. Notice how the depraved acts of homosexual perpetrators are rhetorically elided into “every formof abuse” and “all forms of clericalism.” According to Bergoglio, the homosexual molestation of boys reflects, not sexual depravity as such, but rather “a peculiar way of understanding the Church’s authority, one common in many communities where sexual abuse and the abuse of power and conscience have occurred.” A “peculiar way of understanding the Church’s authority” is certainly a peculiar way to describe homosexual priests and bishops molesting boys.

As Life Site News points out, Bergoglio does not even “recognize the role bishops have played in the scandal. In fact, the word ‘bishop’ does not appear once in the entire letter.” The same grand jury report that prompted the “Letter to the People of God” revealed that Wuerl, whose name appears 206 times in the report, had been instrumental in covering up the sex crimes of homosexual priests when he was Bishop of Pittsburgh. As Lifesite News summarizes: “[W]hile he corresponded with the Vatican concerning the liability these priests created for the Church, he kept their actions concealed from parishioners.” Wuerl also approved payments to “a known molester of underage boys” who demanded money in exchange for information on his fellow priests engaged in the same activity. Wuerl had previously returned the same priest to ministry after he threatened to sue over the allegations against him. The same priest, who was “murdered in Cuba where he lived with his boyfriend, was ultimately found to be involved in producing child pornography based on religious imagery on Church property, and to be part of a group of priests who ‘used whips, violence and sadism in raping their victims.’”

Wuerl has also demonstrably lied about his longstanding knowledge of ex-Cardinal McCarrick’s homosexual predation. When his lies were exposed, he was forced to issue increasingly hedged, evidently lawyer-drafted, “clarifications,” including that he “forgot” what he knew about McCarrick. He was finally forced to resign as Archbishop of Washington two months after the grand jury report was made public. But the “resignation” was another Bergoglian ruse. Bergoglio’s letter accepting Wuerl’s faux resignation last October portrays him as the heroic victim of the “father of lies” and declares that he had “sufficient elements to ‘justify’ your actions” and had not covered up any crimes but merely  “commit[ed] some mistakes.” Yet, said Bergoglio, “your nobility has led you not to choose this way of defense.”  The same letter appoints the noble Wuerl as Apostolic Administrator of the diocese—meaning, preposterously enough, that he replaces himself ad interim, thereby retaining all the authority he only pretended to relinquish. Wuerl will no doubt also handpick his own successor.

Read the rest at The Remnant