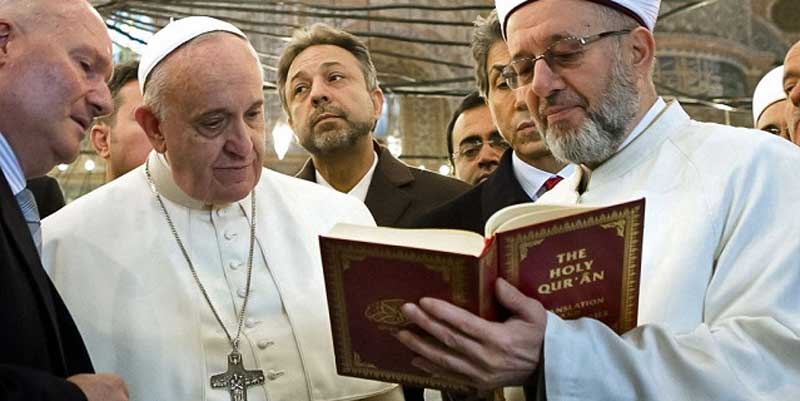 It seems that for Pope Francis no priority is greater than patching up every religion except his own. As the Catholic Church in 2019 reels from the abuse scandal, where do his travels take him? To the Islamic world, notes an admiring press. This spring, reports Crux, “he’ll have a jam-packed papal itinerary that will focus heavily on dialogue with the Islamic world.” In February, he visits the United Arab Emirates. In March, he goes to Morocco.

Over the course of his pontificate he has made trips to the Middle East, Turkey, Egypt, and Islamic countries on the continent of Africa. His enthusiastic embrace of Islam has left Muslim converts to Catholicism and persecuted Christians very perplexed. Crux has reported that a “group of Algerian and French converts to Christianity launched an online petition asking Francis to reconsider his conciliatory attitude toward Muslims and the Islamic faith.” They wonder, “If Islam is a good religion in itself, as you continue to teach, then why did we become Catholic?”

The popes of the past would have asked the same question. They would have found his eager defense of Islam incomprehensible. He often sounds less like a teacher of the Catholic faith than a spokesman for CAIR. He repeatedly calls Islam a “religion of peace,” even as Islam’s persecution of Catholics accelerates and its violent branches extend farther into once-Christian lands.