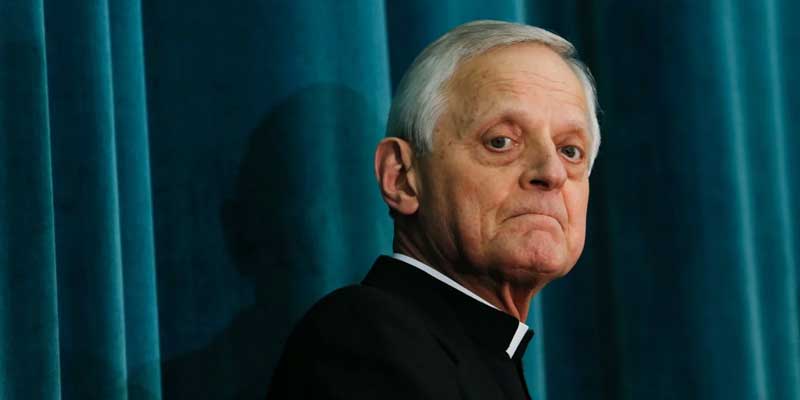 The man who made a 2004 accusation of misconduct against Archbishop Theodore McCarrick said Wednesday he is in disbelief after Cardinal Donald Wuerl told him he forgot about the allegation sometime after becoming Washington’s archbishop in 2006.

In a January 15 letter, Wuerl wrote to Washington, DC priests saying that “when I was asked if I had any previous knowledge of allegations against Archbishop McCarrick, I said I did not. Only afterwards was I reminded of the 14-year-old accusation of inappropriate conduct which, by that time, I had forgotten.”

In a previous letter to priests, sent on January 12, Wuerl did not mention forgetting the allegation, instead he said he was bound by confidentiality not to mention it, and that when he denied hearing rumors about McCarrick’s misconduct, he meant only that he had not heard rumors that McCarrick had sexually abused minors.

The 2004 complaint was made by laicized priest Robert Ciolek.

In 2004, Ciolek went to Wuerl, who was then Bishop of Pittsburgh, to relay an accusation of sexual abuse at the hands of a Pittsburgh priest. At the same time, he reported to Wuerl that McCarrick had, as Bishop of Metuchen, shared a bed with seminarians at a New Jersey beach house, pressuring Ciolek to do the same. Wuerl presented those accusations to the apostolic nuncio in Washington.

Ciolek told CNA he spoke with Wuerl by telephone on Jan. 15, and that the cardinal told him personally what he later said in his letter: that he had had “a lapse of memory” regarding the 2004 allegation.

When Wuerl told him that, Ciolek said, he asked the cardinal if he had already forgotten the accusations by the time he arrived in Washington as McCarrick’s successor in 2006, only two years after he reported the allegation. He told CNA that he also asked Wuerl if he had taken any steps to see whether the same behavior was being repeated in Washington.

He said that Wuerl told him: “I did think about that when I arrived in Washington, but because I had never heard any other allegation or rumor, or heard back from the nuncio, I didn’t feel it was something I needed to concern myself with in Washington at that time.”

Ciolek said he found it difficult to understand how Wuerl could have forgotten the substance of his accusations in the ensuing years, especially after recalling them as he arrived in Washington to replace McCarrick.

“It’s unfathomable to me that he has forgotten, I don’t believe it for one second.”