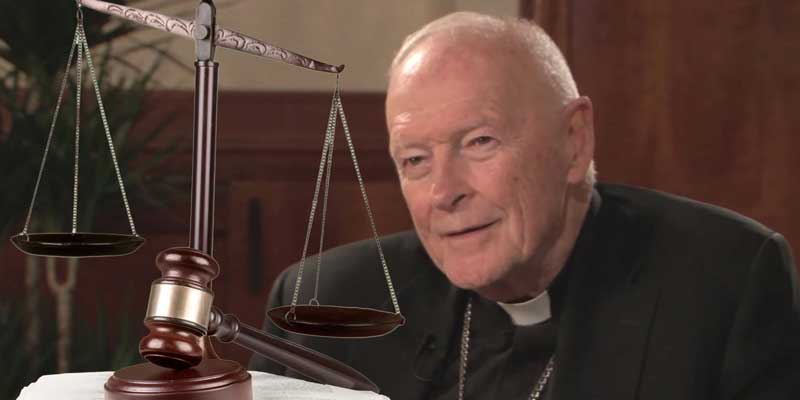 The Congregation for the Doctrine of the Faith is expected to formally assess the evidence and defense within the next week and reach a final determination.

While recent media reports suggest that a trial of Archbishop Theodore McCarrick is underway, Vatican sources have told CNA that his case is not being handled by a full judicial process.

Sources at the Congregation for the Doctrine of the Faith have confirmed that allegations against McCarrick are being considered through an abbreviated approach called an “administrative penal process.”

That decision gives insight into the strength of evidence against McCarrick and suggests that resolving sexual-abuse allegations against the archbishop is a top priority for Pope Francis and other senior Vatican officials.

Canon law outlines specific processes for handling allegations of sexual abuse by clerics. All of these are reserved to the Congregation for the Doctrine of the Faith (CDF) in Rome. When the charges involve a bishop, the CDF requires specially delegated authority from the pope to handle the case.

A full canonical trial is a lengthy affair. Depositions of witnesses and alleged victims are taken by the court, at which time a prosecutor, called the “promoter of justice” in canon law, and lawyers for the defense are present. Written argumentation is exchanged through a panel of judges, with precise timelines, manners of proceeding and legal minutiae that must be observed each step of the way, in order to ensure that the rights of the accused are protected.

In previous sexual-abuse cases against bishops, full and formal trials have taken years and include the possibility of appeals by both the prosecution and defense. But this is not happening with McCarrick.

Under certain circumstances, canon law allows for a legal investigation and determination to be conducted by an administrative penal process. This is a much-abbreviated mechanism that leaves out many of the procedural stages of a full judicial process or trial, including the back-and-forth argumentation between prosecution and defense.

An administrative process is only used when the evidence collected during the preliminary investigation is so clear as to make a full trial unnecessary.