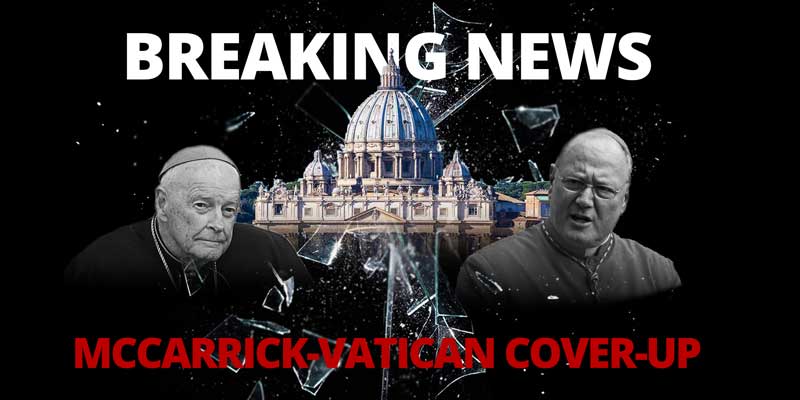 Church Militant has learned from extremely reliable sources that the Vatican investigation into disgraced former cardinal Theodore McCarrick appears to have gone into cover-up mode.

In an unbelievable turn of events, Church investigators are now presenting the accusations against McCarrick from a former altar boy as not credible. But what is proving to be astonishing is the rationale.

The case as laid out to Church Militant is that the then-16-year-old boy went to St. Patrick’s Cathedral to seek out McCarrick and serve midnight Mass in 1972 where McCarrick groped and fondled him in the sacristy.

Even though the boy did not go to St. Patrick’s with any sexual intentions in mind, investigators for the Vatican are spinning the details in such a way as to say that McCarrick is at least partially exonerated, if not totally, because the boy presented himself to McCarrick and McCarrick did not pursue him.

Additionally, they say that since the boy was 16, a question now arises regarding the age of consent and if this could still be viewed as sexual abuse of a minor.

The investigators now appear to be scuttling both parts of the accusations — was it actual “abuse” and was the boy an actual minor?

Those with intimate knowledge of the investigation are saying it’s part of a “cover-up,” claiming the Vatican is trying to recast the molestation as somehow consensual sex — a theme actually brought forward by Chicago Cdl. Blase Cupich at the bishops’ November meeting in Baltimore — that consensual homosexual sex involving a priest is a different matter.