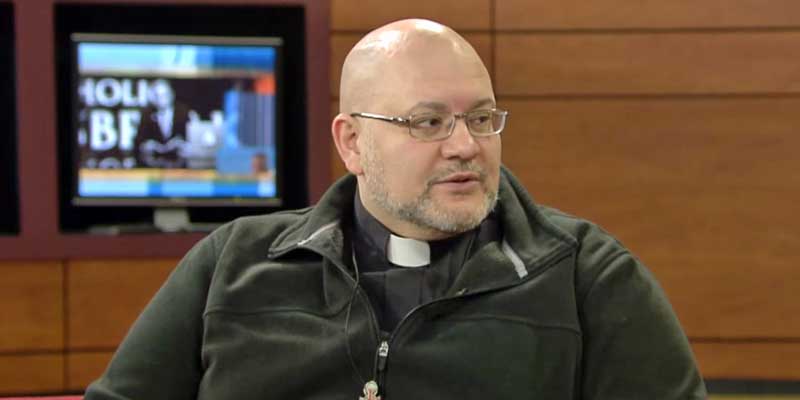 This comes from a December 29 social media post by my very good friend, Fr. Carlos Martins. Fr. Martins has many wonderful gifts and, here, he demonstrates his great gift of articulating what comes from his heart. I could not agree more with him. In fact, and I have stated this before, I believe we are in a period of purification that was triggered in the centennial year of Our Lady of Fatima. God has focused His purifying light on evil, possibly more than any other time.

This is a good summary of the debacle that was 2018 for the Catholic Church (CNN article: “How 2018 became the Catholic Church’s year from hell“). I say this even though it is written by the Religion Editor of CNN. Actually, things are even worse than what he says. The article did not include the high number of priests that were removed from ministry after being credibly accused of committing abuse.

Reading through this summary is like watching a train wreck in slow motion.

To me, the only bright spot in the year was Archbishop Viganò. He was the only one screaming, “Fire!,” as the building was burning. It took him to expose the filth.

Notice how it’s been months since any confusing statements have been issued by Vatican officials? You know, bone-headed comments that lack reason, or logic, or that appear to challenge the basic content of the Divine and Catholic Faith? And notice how no one in the Holy See dares to say any longer, “Everything is O.k. It’s all under control. We are taking care of things. Don’t worry.”? The reason why, friends, is because Archbishop Viganò is immensely feared. No one knows what else he knows. And no one knows what he is capable of doing with it. That’s why. That is the only reason why. An idiotic comment today could mean 10,000 news cameras in the speaker’s face tomorrow, should Viganò open his mouth.

It does not take a genius to conclude that Archbishop Viganò IS the wrath of God. What he exposed hurts like hell. But I am so thankful he exposed it. He had the courage and will to speak and act for the truth when so many Vatican officials–many who will probably never see heaven–were silent. Archbishop Viganò brought us the hurt that heals. “Come, let us return to the Lord; for he has torn us, that he may heal us; he has struck us down, and he will bind us up” (Hosea 6:1).

Doubtless, there are some of you who will criticize my affirmation of Archbishop Viganò. You will call him a traitor and a vigilante. And you will have some choice words for me too (you always have in the past). Let me save you the trouble. I am not interested in your comments. I wear a collar around my neck. I do so because I gave my life for the Church. My gift to Her was my life. Whole and entire. My commitment to the Church included surrendering my freedom, my time, my right to marriage and a family, my professional career, and my wealth. My concern for Her is not a passing interest. It is my life. It is deeply personal. So personal that only another person with a collar around his neck can understand.

But, there is one thing that I did not surrender when I became a priest: my integrity. I refuse to stand politely silent and watch the damned crucify the Lord anew by raping His Church. I married the Church. An attack against Her, is an attack against me.

Thus, when scoundrels who also wear collars abuse children, prey upon seminarians, form “gay mafias” that control who is promoted to the episcopacy, stand silent while a serial predator is promoted to the rank of Cardinal, pay-off their boyfriends with the Church’s money, bankrupt dioceses, make the civil authorities believe the Church can no longer be trusted to police itself, I will always stand next to the man who is exposing the serpent. The clerical sex abuse problem has been a long time in the making. If the current structure could be trusted, then we wouldn’t be here. Period.

It is your right to disagree with this. But if you do, rather than criticize me, please go do something productive, like evangelize and convert McCarrick.